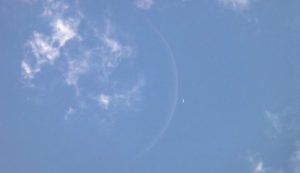 Hungarian amateur astrophotographer Ivan Eder, while in Budapest, was shooting a bright Moon in the daytime sky and suddenly captured something strange.

In one of the pictures, another “Moon” appeared against the background of the usual Moon, resembling a fragment of a large celestial body, located incredibly close to Earth. Surprised, Eder carefully studied the resulting frame and could not find any rational explanation for this.

The photo was posted on the social network, where it caused an unprecedented boom. Many began talking about Nibiru. 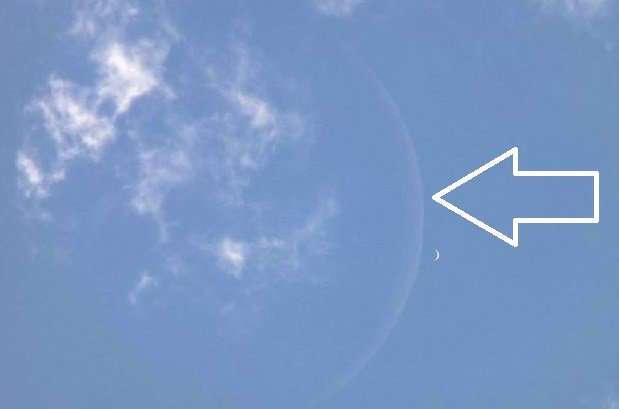 Some have suggested that the distortion of space and time has happened and the Moon simply “split apart” in the sky, and its enlarged silhouette was captured by the photographer.

It is important to note that at first the man did not notice anything strange. He drew attention to the anomaly during the viewing of images. From this it follows that a strange silhouette cannot be a cloud (Internet commentators also brought this assumption).

Ufologists have not yet considered the phenomenon, so perhaps over time they will provide some explanation for the anomaly.