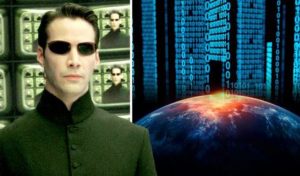 This article explores the search for a comprehensive creator and the possibility that our universe exists only within a highly advanced supercomputer.

When you hear the phrase, Computer-simulated Universe, the first thing that comes to mind for many is the film The Matrix. This was the first time that the idea of our existence being computer-simulated was put across to the wider public in a way we could understand. There was no mention of Particle Physics, Quantum Mechanics or the Grand Unification Theory.

This was essentially science of the highest level being delivered to the public in a way that our slightly less impressive brains could comprehend it, and the hit film certainly got people thinking. The main question being; is there a God? Secondly, is our universe real? i.e. an organic structured existence governed by specific rules.

Is there a God?

Is there a God? This is, without a doubt, the ultimate question. The bizarre fact is, it’s a question we can never truly know the answer to until we are deceased, and if being deceased means the brain no longer functions or produces electrical signals then we will cease to possess the consciousness or sentienicity to comprehend what our mind, body and maybe even soul, is experiencing, whether that experience be one of an afterlife or just nothingness.

The search for an answer to the creation of our universe, which ultimately may lead to the discovery that we are a simulated product of another species, race or existence, is one closely related to the search for a God or a divine creator. This is due to the fact that people of all religions and cultures search out a reasoning behind their existence.

Christians found theirs in the bible with God being the creator of the heavens and the earth. (in science the “heavens” is often paralleled with the wider universe) For scientists the route to discovery is slightly different.

The aim of science is to follow the evidence and history of our existence to try and find God, or a creator, be it a sentient being or simply a chemical reaction. The main issue here is that evidence means different things to different minds. To a Christian, the Bible and the history it states is evidence, whereas to a scientist, chemical reactions, Quantum Mechanics and the Standard Model of Physics are evidence.

The search for our creation will continue as quickly and ferociously as it did when Newton discovered Gravity or when Einstein wrote the laws of relativity. It is simply too important, fascinating and exciting a concept to disregard.

The Search for Unification

The most interesting and baffling aspect of the search for unification is trying to create a theory that unifies all the known forces currently in existence that we, the human race, are aware of.

Discovery of this total unification and the ability to relate all things by mathematical relation will, in the eyes of some, massively dismiss the idea of a divine creator, because surely he, she or it can bend these rules if they so choose?

Why would he, she or it put such stringent laws in place? If we design a computer game we can set the parameters however we wish, giving people superhuman abilities, such as flying and teleportation. So if we really are in a computer-simulated universe why are our fundamental laws so defined?

Other minds (and not just those of religion) believe that a total unification of all known forces would be proof of God, claiming these hugely complex laws were created to keep his cosmic project balanced, just as in computing where code must be entered exactly or else the program will not run properly or indeed fail. 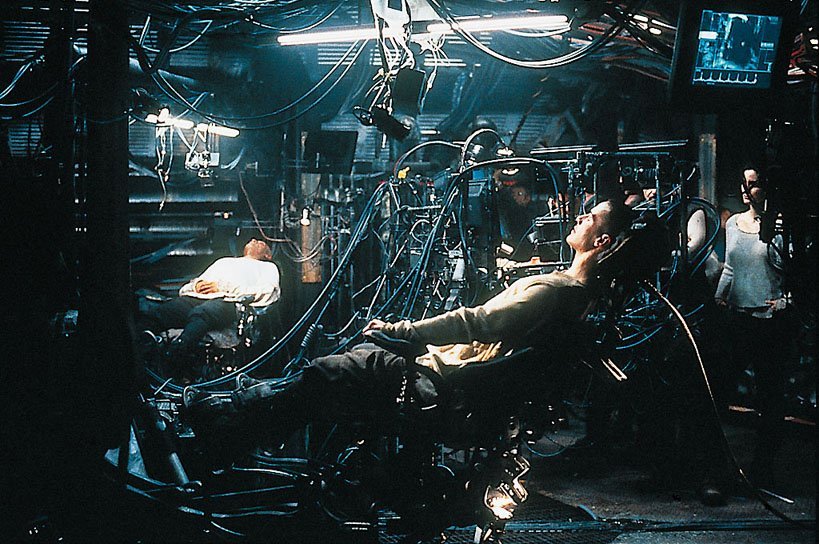 Could our universe be a metaphorical card tower held in a perfect balance of which the slightest change in parameters would bring it all crashing to the ground?

When it comes to understanding the unification of forces, which is essentially trying to work out how all the forces we know and feel in the universe are related, we must first ascertain what these forces are.

There are currently four main forces that are accepted within the physics community. Of those forces, the public and wider majority knows of two and they are Gravity and Electromagnetism. The other two are more infamous, because as much as many people don’t know or understand them, they still experience them on an everyday basis. They are known as the weak and strong forces, nuclear forces or interactions. Forces in Physics – Greenwood Guides to Great Ideas in Science, S.Shore and B. Baigrie, 2006.

The Grand Unified Theory or GUT along with the standard model of particle physics has unified and related all of these forces, except for gravity. Successful unification of gravity into the standard model would provide a theory of everything or TOE and there is one man who believes he may be close to achieving this.

The E8 Lie Group and the Theory of Everything

The man who may be on the brink of answering the most important question in science is a Physicist turned “beach bum” called Garrett Lisi, and his E8 Theory is (in his opinion) on it’s way to forming a Theory of Everything.

The E8 Theory is essentially based on twisting a collection of identical circles around each other in different ways to create a mathematical shape known as a lie group and from this lie group the construction of our universe can be found. Large Hadron Collider, The Telegraph, Roger Highfield, 2007.

Garrett Lisi’s theory was discovered by continually repeating this process of twisting circles until he had 248 circles interlinked, creating a shape beyond standard human comprehension, almost impossible to visualize in 3 dimensions. He called this shape the E8 Lie group.

Many may be wondering how this relates to the creation of our universe or our simulated universe or indeed fits into the Grand Unification theory. Garrett’s discovery becomes interesting when you begin to pull the E8 Lie Group shape apart and notice that the way in which these circles twist around each other corresponds incredibly closely to the way fundamental particles interact on a Quantum level.

Then Garrett found a set of circles, which he believed represented the illusive graviton; the particles that make up gravity. This is a particle that has avoided detection since the birth of the human race.

The route Garrett is going down is a very important one, because if what he is proposing and working towards is even remotely close to being correct then it’s a hypothesis that almost all have given up on and that is “a Unique unification within a beautiful mathematical structure” as put so eloquently by Dr lee Smolin, a theoretical physicist from the PITP (Perimeter Institute for Theoretical Physics). Life of the Cosmos, L. Smolin, Oxford University Press, 1997. 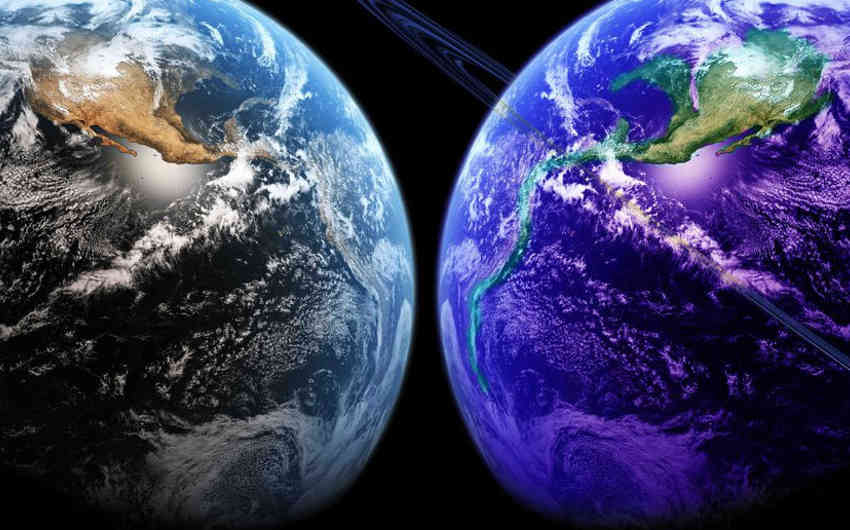 Computer Advancement: A Life in Pixels

Garretts theories highlight the huge importance shapes have in the lives of the human race. Whilst his discovery involves highly complex shapes and structures it is important not to disregard the simplest of shapes, for example the Pixel. It may be a tiny square but it can provide just as much insight into our existence as it’s complex adversary the E8 Lie Group.

As many will already know a computer-based image, no matter how realistic or complex, can always be broke down into pixels. These are the smallest addressable screen elements in a display device such as a computer screen or television.

Each pixel is a part of a larger image and it is given its coordinates on the display device by the computer system. These pixels vary in colour intensity and by combining many pixels of varying intensities of colour an image is created. The greater the number of pixels in a fixed boundary the sharper the image will be.

The main way we discern between what’s real and what isn’t in our world is pixel density. No matter how good a graphical representation is the pixel density will always unveil it’s authenticity. To put in bluntly, zoom in and the quality decreases.

This is where the idea of a computer-simulated universe begins to hold some weight, not much, but some. Most would assume that things in our universe don’t break down into pixels but they would be wrong, zoom in and on a quantum level it is clear that all matter is made up of pixels.

These are tiny fundamental particles, billions of times smaller than an atom. The theory that handles this far beyond microscopic world is called Quantum Mechanics and it applies to the whole universe. As Rich Terrell, a JPL (jet propulsion laboratory) scientist, states, space, time, energy and indeed our entire universe is quantised.

Many still believe that a computer will never possess the traits of a human or the ability to create self-aware programs and entire simulated worlds. Moore’s law states that computational power doubles every 18 months to two years but over the last two decades it’s been doubling roughly every 13 months.

The current fastest computers on the planet are comparable and even exceeding the computational power of the human brain. To put that in perspective human brains can complete roughly 1 million billion operations per second.

So following Moore’s law and taking into consideration the increased exponential rate of technological advancement, that number of operations per second could double in 13 -18 months meaning that by 2012/2013 the fastest super computers on the planet will be twice as fast as the human brain.

When you continue along the scale, that shows an increase by a factor of 500 over the next decade, meaning that by 2020 computers will be 500 times faster than our brains. If these figures hold true, a computer will be able to create a 100 percent photo-realistic recreation of human life and that is where the line between simulation and reality begins to blur.

Rich Terrell claims that if you take a human brain and a laptop computer built 50 years in the future, both will be a similar size and volume and use roughly the same amount of power. If you then remove the element of physical appearance and begin to ask them questions and you can no longer differentiate between the human being answering and the computer answering then they are qualitatively equivalent. So in essence if you believe a human being to be conscious and self-aware then you must assume the same of the computer. Through the Wormhole, Discovery, R.Terrell, 2011

This whole concept of a computer simulated universe coupled with human desperation to discover the nature of our existence will no doubt lead to immense discoveries over the coming years, decades and centuries, but it’s important never to discount any theory without first understanding it’s fundamental laws.

Our ability to understand and to analyze is one we have built up over millions of years of evolution. The big question is; did that evolution take place within a computer-simulated environment or within a truly organic planet and the universe?