According to our sources, such evidence has already been uncovered, in the form of ancient pyramids, far older than the Egyptian ones.

For a long time, people have speculated the existence of ancient, perhaps, man-made structures in remote, inaccessible areas and few places fit the profile as well as Antarctica does. 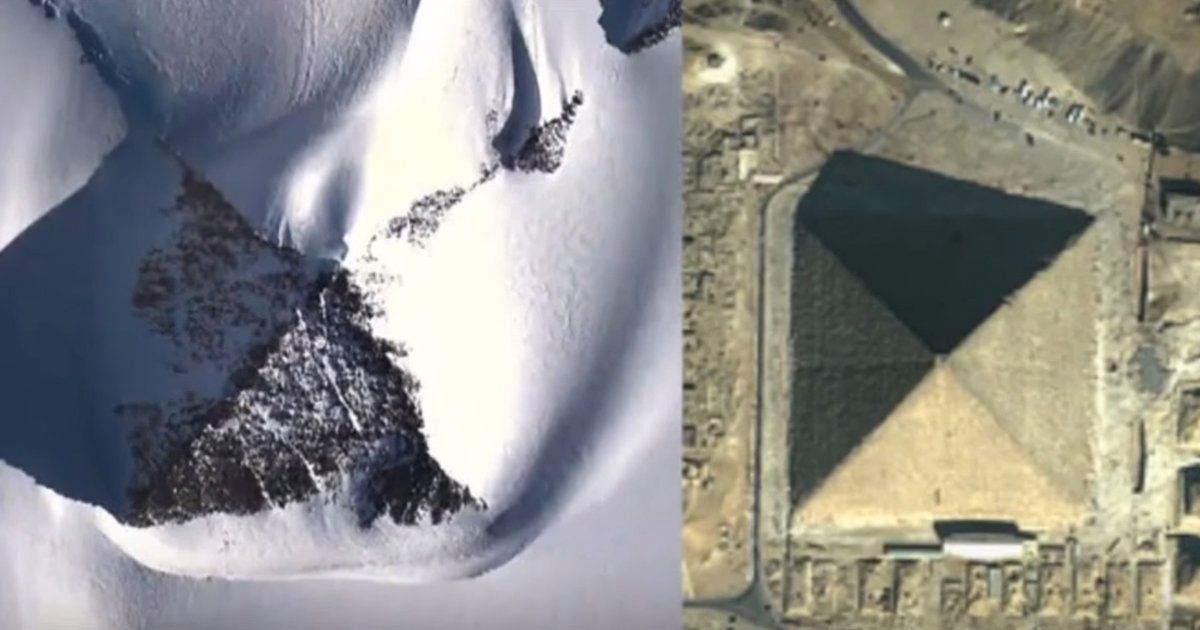 Large and imposing, the ancient pyramids of Egypt are supposedly opulent examples of man-made structures on a massive scale.

At the time they were built, over four thousand years ago, Egypt was considered to be one of the most prosperous civilizations in the entire world. Our fascination with pyramids continue to this day – The Great Pyramid of Giza is one of the oldest and original Wonders of the World.

Yes, we have all heard of the ancient pyramids in Egypt, but what about the pyramids in Antarctica? Antarctica is ninety-eight percent ice, at around a mile thick. It’s the fifth biggest continent and one of the coldest places in the world, dipping as low as -89C or -128F.

It’s known mostly as an uninhabitable place for human beings. It was not found until the early 19th century even though it was thought that a southern continent would have to exist for the sheer sake of symmetry.

To visit, humans need to face severe weather conditions, ice, oceans and wind with a reputable and seafaring craft. We have to remember that many people died during the act of discovery. Most of the people on Antarctica are scientists. That is, if you don’t count the penguins.

Some people pay a lot of money to take a cruise ship and spend the day there, but without the proper equipment or vast amount of effort human beings can’t live there very easily (or for very long). Food is scarce and there is no vegetation other than tiny plants.

Everything else that a human being needs for survival, for example, clothing, food, building supplies, medicine, and fuel have to be shipped in.

The news hasn’t focused much on the fact that Antarctica has been hidden under ice for over twelve thousand years. That is, until recently when three pyramids were discovered by a team of European and American scientists.

Two were found about sixteen kilometers inland and the third one was nearer to the coastline. Many scientists have said they resemble Egyptian pyramids.

This is a huge discovery and somewhat controversial, but it is being kept quiet in the media because of the implications in openly putting it out for debate. If pyramids exist in the Antarctica, this would indicate that they were built before written history.

Despite the news being a quiet affair, the stories of their existence have spread. These curious structures have peaked the interest of ufologists and researchers. Many theories have popped up in the hopes to explain what the Antarctica structures are.

Some believe these structures could be alien built on a hush-hush military base that has access to ancient civilizations (with breakthrough technology). Others believe they are just naturally forming and nothing else.

There is no information at this time to deny or confirm these theories, however, if the television show The X-Files has taught us anything, it’s that “The truth is out there.”

Numerous images have surfaced showing these pyramids in the Antarctica. Some photos were gathered from the Integrated Ocean Drilling Program, a global project of an underwater expedition.

These pyramids bring a myriad of questions. Perhaps the Antarctica wasn’t as cold in the past as it is now. If it wasn’t, we can believe that these structures could have actually been built and ancient civilizations could have lived there at one time.

Some skeptics scoff and say that if an ancient civilization had lived in the Antarctica many years ago, then there would be proof of life there presently.

I have to say, if there are pyramids in Antarctica, that should be all the proof you need to support the idea of an ancient culture living and thriving in Antarctica. Now we just need the archaeological community to acknowledge this fact. 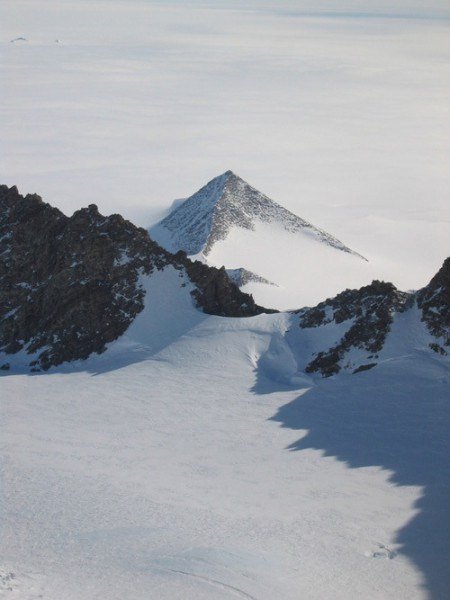 We are constantly discovering new information regarding climate change. Many Egyptologists believe the ancient Sphinx is actually older than originally thought; in fact, it may be over ten thousand years old.

How do they know that? The water erosion on the Sphinx tells the tale of severe climate change in the past.

If Africa and other areas of the world have changed excessively, why is it out of the realm of possibilities that it happened in Antarctica as well?

How exciting would it be if researchers could prove the existence of the pyramids of Antarctica without a shadow of a doubt? If they were man-made, it would cause a ripple effect and an extreme revision of humanity’s history.

Today’s archaeologists and researchers would be hard pressed to accept that conclusion because it would be in direct opposition of what they believe now. However, belief shouldn’t play into this considering this is about finding out the truth.

In theory, there could be an incredible amount of ancient civilizations all around the world, and many could remain hidden.

There have been some other discoveries over the years in Antarctica, including pollen particles found by climate scientists in 2009, leading to the idea that palm trees could have once grown there and summer could have reached a temperature of 21° C.

In 2012, scientists discovered over thirty bacteria species found in samples of the water taken from Lake Vida (East Antarctica). Why would another fascinating discovery be out of the ordinary?

Are the pyramids in Antarctica just naturally occurring, perfectly shaped mountains? If so, why do they almost exactly replicate the Egyptian pyramids? It is an uncanny and eerie likeness if they are. In fact, the only answer that it could possibly be (to make sense) is that they are man-made structures.

Underneath the thick ice layers an ancient civilization thrived thousands of years ago, building the pyramids of the Antarctica when the climate was appropriate for those conditions.

Once this theory is proven correct, our perception, history books, and the world as we know it will need to be rewritten. I for one, can’t wait.