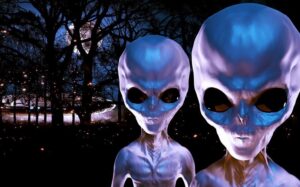 According to an international organization The Disclosure Activists the Earth has been visited by aliens for at least 70 years.

There are many physical and forensic evidence, said the group. Co-founder Russell Calka notes that there has been a change.

The US government and other governments made efforts to release this information lately,” he said.

“Based on the evidence gathered by investigators, testimonies of soldiers and revealed government documents we come to three conclusions,” said Victor Viggiani, strategic advisor to the group.

“Firstly, the Earth is being visited by other civilizations,” he continued. “Second, this information is deliberately withheld.”

“Thirdly, governments and researchers know that and it is now to humanity to discover the truth,” Viggiani said.

Slowly but surely information are getting out. From leaked emails published by WikiLeaks the government and military are very interested in this topic.

“They prepare citizens for revelations of alien visitation,” says The Disclosure Activists.

“Through these revelations, discoveries, leaks and hints the nation prepare for the official announcements about alien visitation,” said co-founder Dr. Lisa Galarneau.

“This is an important step toward open contact with extraterrestrial intelligence that can help us as a race with our problems,” she added.