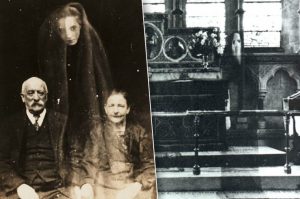 Science has been able to show some interesting evidence that spirits really exist.

Most people don’t want to think that death is the end of their existence. Psychics like Sylvia Browne, John Edward and Allison DuBois claim that they can communicate with spirits. Are these claims valid? And what about scientific evidence to support these claims?

J. B. Rhine and Duke University

In 1930, J. B. Rhine began his research into certain paranormal phenomena at Duke University. Although his initial research concentrated on ESP, ( extrasensory perception), telepathy and clairvoyance, over time, the scientific study of ghosts and the afterlife came into play. He is known for coining the word “parapsychology.”

Parapsychology is the scientific study of the survival of consciousness including spirits, reincarnation, hauntings and out of body experiences, along with the study of various psychic phenomena such as telepathy and clairvoyance.

Rhine’s work at Duke University opened the doors for many other scientists who wanted to study the afterlife including Gary E. Schwartz who is best known for his Afterlife Experiments.

The Afterlife Experiments is the title of an HBO documentary and it’s the title of book by Gary E. Schwartz, which scientifically explores life after death in laboratory conditions. Several mediums were used in the experiments, including John Edward and George Anderson.

In the initial experiment, the mediums and sitters, (the people receiving the readings,) were allowed in the same room and feedback from the sitters was allowed. The mediums overall accuracy rate was an impressive 85%.

To do a comparison, Schwartz selected sixty eight students from the University of Arizona to participate in a control group whereas the students tried their hands at spirit communication. In comparison, their accuracy rate was a mere 36%.

Though it should be noted that skeptics may argue that the professional mediums were able to detect certain body signals that helped improve their reading.

In further experiments, the sitters and mediums were separated so there was no way the mediums could utilize body language and other visual signals in their readings.

In addition, for the part of these experiments, the sitters and mediums were not allowed to communicate with each other, so the mediums had no vocal feedback during the readings.

Without contact with the sitters, the mediums accuracy rate dropped, although it was still higher than the initial control group.

What The Afterlife Experiments Show

The experiments show that mediums appear to access accurate information, through what they claim is spirit communication.

Telepathy was ruled out because in many cases, the mediums received information that the sitter didn’t know about until after the reading was performed.

Is mainstream science ready to state there is absolute proof that entities such as spirits are real? Not yet. However, many parapsychologists will say there is mounting evidence that suggests that paranormal entities really exist.