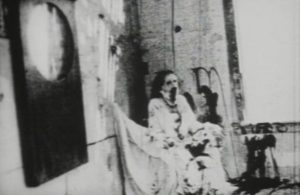 Tales of ghosts and spirit hauntings have been a part of folklore almost since time began. People are fascinated by ghosts and similar questions so often arise.

Questions such as are ghosts real? How is it that the same apparition is often seen again and again in the same place by different people? And how is it that a photograph might show an apparition which hadn’t been seen by the person taking the picture?

Evidence suggests that in most ghost-sightings, the person whose apparition appeared was at that time undergoing some crisis, such as a severe illness, an accident, or death. This relationship between the crisis and the apparition led researchers to conclude that the apparition was telepathic.

Category One: The Spirit

It is a fact that the body contains a certain amount of static electricity and from time to time, this is released. Most people will have experienced the build-up of static on their clothes. This natural electricity is produced to stimulate the body and nerves, and may even have something to do with the transference of thought from one person to another.

A person dying under extreme circumstances could very well cause a release of electrical energy from the body. This electricity could become embedded in the surrounding landscape, to be replayed when conditions are right.

This example would fall under the first category of hauntings. Many people have described sightings as like watching a film. They also describe a drop in temperature, and their hair rising, this being the effects of static in the atmosphere.

Category Two: The Return of a Loved One

The second category is where a loved one returns from the dead, usually taking on the appearance of the person when he or she was fit and healthy. Spiritualists suggest that when a person dies they travel on to the next stage in evolution, both physically and mentally and this is why their ghosts appear looking fit and well.

One other explanation for this second category could be that the apparition is caused by the grief of the living person, creating a “ghost image” or a mental projection of the departed.

People who have never seen an apparition may assume that no-one can see anything that is not actually physically present but this isn’t so. The visual sense is much more complex than some might imagine. For instance, people often see things vividly in their dreams, even though they’re receiving no visual information through their eyes.

While awake, most people can readily see in their mind’s eye anything they choose to see no matter what they’re looking at, at that moment.

Hypnotic experiments have shown that a highly suggestible person can be hypnotised to see only the hypnotist on awakening. So even if there are others in the room, this person will be unable to see them until the hypnotist removes the suggestion.

The hypnotist can tell someone what he WILL see and what he WON’T see. Could it then be that a person in crises can send a telepathic hallucination to someone else? Likewise achieving the same effect the hypnotist reaches through giving his subject explicit instructions.

Moving on to the last category: the poltergeist. The poltergeist, a mischievous spirit that moves objects around and is generally disruptive. These manifestations tend to centre around young people often in their early teens.

It has therefore been suggested that emotional problems in youngsters may cause a release of latent energy, causing objects to move around.

And there is another explanation which is accepted by some. This one says that sometimes a soul will become trapped within our planes of existence and until it is released, perhaps through exorcism, the hauntings will continue.