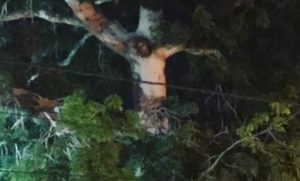 A crowd of locals rushed out to gather at the tree trunk in Colombia-which is currently in lockdown-after the alleged image of Jesus Christ on the cross appeared.

Citizens of the neighborhood of Jose Antonio Galan, which is located in the town of Magangue in the northern Colombian department of Bolivar, have decided to leave their hopes to congregate in the Ceiba tree.

They allegedly claimed that a figure of Christ had suddenly appeared in the trunk of the tree.

In a video recorded by journalist Rafael Rodriguez for the local media, the people can be seen taking photos of the tree. 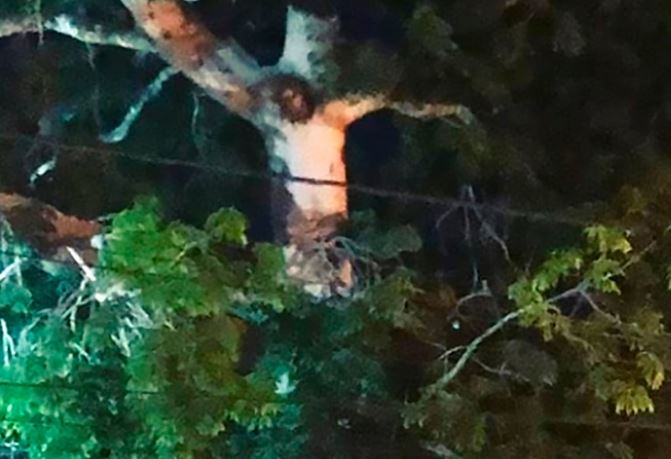 Rodriguez said: “Dozens of people are gathered here. They are here to see the figure of what they say or believe is the figure of Christ, they have forgotten about coronavirus and are currently here looking at this figure.”

Local officials are said to be worried about the tree being a pilgrimage site at a time when the country is lock-down due to a global coronavirus pandemic.

Reports state that Carlos Cabrales, the Mayor of Magangue, was told about the gathering and joined police at the scene to force people to return home.