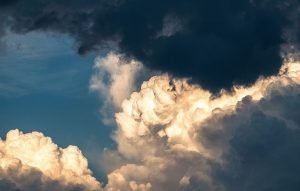 Residents of Valkenswaard have been hearing loud, frightening sounds of trumpet supposedly coming from the sky, reports unexplained-mysteries.com.

Roy van Zon, whose Facebook uploads have since generated a lot of interest and discussion, reported the unnerving phenomenon on the evenings of December 9th and 10th.

“I received messages from people saying that I edited this, but I didn’t do that,” he said during a radio interview. “I’m glad I wasn’t the only one who heard these sounds, as I thought I was going crazy.”

The sounds which can be heard in the video below are like a kind of loud brass trumpet or metallic scraping but it is unknown what is producing them or how far the source could be.

While some users of social media compared the sounds to the apocalyptic trumpet calls described in the Book of Revelation, others preferred less religious interpretations.

One crane operator speculated that the noises could come from a crane moving in the wind and some other form of industrial machinery might be responsible.

Nevertheless, as things stand, no clear explanation has been found for the phenomenon.