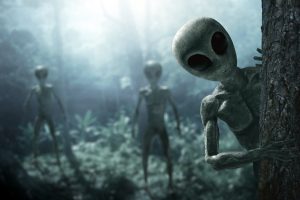 For the first time in history, NASA claimed that UFOs exist, “unidentified aerial phenomena” or UAPs, as mysterious spacecraft that run in Earth’s atmosphere are now called.

Now NASA has decided to officially incorporate some of whose specialists dealt with the problem, they say, on a voluntary basis and on their own initiative.

This anonymous source within the agency claims that NASA is serious about searching for extraterrestrial life here on Earth, reports ufospain.es.

Although NASA tries not to mention aliens publicly, an anonymous source comes out stating that not only NASA and US Intelligence have been investigating this phenomenon for decades.

But they are also convinced that aliens may be walking among us.

And although throughout history we have always had the idea that they are among us… we, those of us who speak of Ufology, perhaps we were not misguided.

That is, the specialists of the American space agency do not reject the idea of an extraterrestrial intervention.

NASA chief Bill Nelson, after talking to the pilots chasing objects and catching them in their sights, mentioned in some way: “Who am I to say that planet Earth is the only habitat for a way of life as civilized and organized as ours?”

Another US government source says NASA will most likely start collecting testimonies from astronauts, and first from those who have seen UFOs in space.

It is already known that both the Pentagon and NASA admitted that astronauts have seen UFOs several times and recorded what they saw. Specialists from both departments requested archival footage taken by cameras equipped on shuttles and other spacecraft.