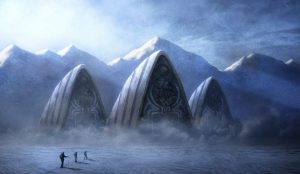 There are many secrets under the ice of Antarctica. Recent NASA expeditions just added oddities: the scientists admitted that they did not understand where the new anomaly of the Ice Continent came from.

Not far from the Ross glacier, equipment from NASA detected strange sounds. As a result, it was found that sounds vary with the ambient temperature, but NASA could not establish their nature.

“It’s kind of like you’re blowing a flute, constantly, on the ice shelf,” study lead author Julien Chaput, a geophysicist and mathematician at Colorado State University, said in a statement.

Another scientist Douglas MacAyeal of the University of Chicago, likened the sounds to the buzz of thousands of cicadas. The sounds are too low in frequency to be heard by human ears unless sped up by the monitoring equipment.

And that’s not all. Another expedition discovered a mass of subglacial volcanoes in Antarctica, moreover some of them were on the verge of eruption.

The danger of the climate bomb is clear, but how such a temperature is maintained under a thick layer of ice, scientists have yet to figure out.

According to one version, Antarctica is the mythical Atlantis. NASA experts are quite seriously considering this option: the ancient continent did not drown, but was simply covered with ice.