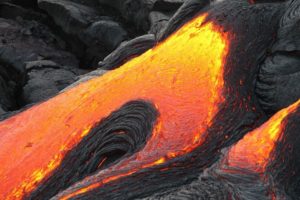 American researchers have recorded strange volcanic activity in Germany. The last volcanic eruption in this region occurred 13 thousand years ago. This is reported by Geophysical Journal International.

Now scientists are conducting research in the western part of Germany in a place where an incomprehensible underground formation was discovered.

Experts observe ground level rise near the volcano. The soil near Lake Eifel rises by 1 millimeter annually, and this is considered normal by scientists.

However, the ground level has now begun to rise even faster. According to the researchers, this may be due to the resumption of activity of the volcanoes deep below the surface.

As a result of the previous eruption of an ancient volcano, which occurred about 13,000 years ago, a “dead zone” arose in these places for hundreds of years. Now they will continue to monitor this place.

Volcanic eruptions can be catastrophic in some cases. The immediate area is usually evacuated quickly to keep people safe.

Extremely hot lava can also cause lots of damage, burning through towns and farmland. The ash from a volcano can also cause breathing problems, and create travel disruptions, as it lowers the visibility for pilots.