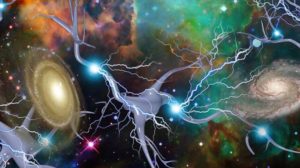 The theory of the microcosm and the macrocosm states that the universe’s mechanism has a pattern that repeats itself in all levels of nature.

From micro cells to entire galaxies, the pattern remains the same just as a man’s life from the day he was born until the day he dies repeats the steps taken by humanity from prehistoric times until the human ideal.

Although in the western world, this theory was first advocated by the Presocratics, a careful study of the eastern traditions reveals that the concept of the microcosm and the macrocosm constitutes the main foundations of Hindu, Persian and Tibetan philosophies.

This Hermetic maxim represents the concepts of microcosm and the macrocosm. During the middle ages, this principle was applied to alchemical experiments in an attempt to find the philosopher’s stone, a substance that would turn lead into gold.

It was believed that just like humanity started its evolutive journey as brute creatures that evolved into more refined beings and a man starts human life as an imperfect person but purifies himself through many incarnations until perfection, metals could also be purified through alchemical processes.

So, the alchemical procedures were thought as a microcosm of the evolutive process of the soul, as many schools of thought of the ancient world understood that minerals were also subjected to evolution, as they were regarded as living beings. 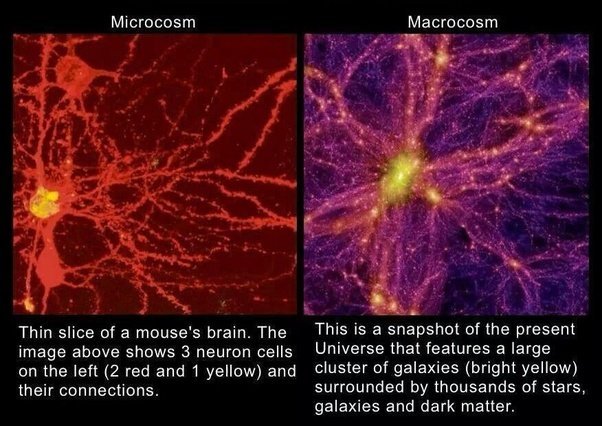 Pythagoras and the Golden Number

Although Pythagoras picked this knowledge from other traditions, he developed the idea demonstrating that the same proportion is found everywhere in nature.

The PHI number, or 1,618 is a proportion (also called divine proportion) that can be found in the human body, animals, plants, DNA, solar system, music, architecture, art, and even in the Bible.

This shows how universal proportions (macrocosm) are repeated in every creature’s system (microcosm) indicating that there might be a correspondence between what happens in the universe and what happens inside a cell.

Not only Pythagoras demonstrated this theory through the numbers, he also drew a parallel between the cosmological events and the evolution of the human soul, showing that they follow the same pattern. Read Pythagoras and the Secret of the Universe to learn about this correspondence.

Plato – the Microcosm and the Macrocosm

Plato applied the principle of the microcosm and the macrocosm in politics when he imagined the ideal state. The hierarchy of the state should be the microcosm of the universal hierarchy in order to mirror the perfection of the cosmic laws.

Plato argued that this hierarchical model is the macrocosm of what happens in the human body. The mind should govern the emotions and the physical mechanisms.

When emotions overcome the mind, then the body is badly governed and will become sick just like a nation becomes unsuccessful when it’s ruled by the majority and not by the one who is more prepared to govern.

The ruler then, corresponds to the mind and the rest correspond to the other functions of the body.

Ancient Philosophy and the Hermetic Law of Correspondence

Every day, people wake up in the morning and go to sleep at night after a long day of hard work, just like humans who are born and die after an entire life.

But, just as the sun that rises again after a long night, and just as everyone wakes up again after a good night sleep, humans are also reborn after death, according to the theories of the microcosm and the macrocosm.