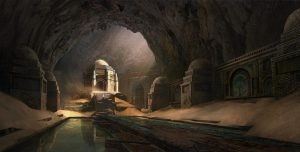 In 2002, the Pentagon was running several military and geo desic programmes using satellites based on the above technology. The satellite spotted a particular structure located inside the Bucegi mountains.

In 2003, an amazing discovery was made of a large anomaly inside the Bucegi Mountains of Romania. A high level Italian Freemason was the first to alert a top secret paranormal unit of the Romanian intelligence service about the discovery made by US ground penetrating radar.

The discovery of a very large hemisphere or dome-shaped structure inside the mountain set off a complex set of geopolitical maneuvers that involved Romania being fast tracked into NATO for “its protection.” All this happened around the same time a similar anomaly was found in Iraq making it an unknown factor in the US-led invasion. 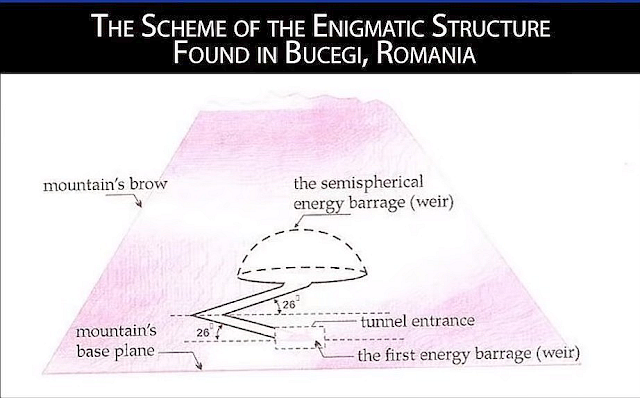 Inside the mysterious structure was a fabulous repository of ancient information, a veritable Noah’s ark of forgotten knowledge and genetics stored holographically. This ancient Hall of Records was built by a tall race of giants or human-looking extraterrestrials.

The Romanian “Hall of Records” has been involved in a complex geopolitical struggle between the Pentagon, Romanian government, and senior Freemasons vying to either release or suppress information coming out into the public arena.

There are 4 primary tunnels and further sub tunnels that lead to deeper and bigger places.

In these tunnels you will find rooms, huge rooms, with huge tables and stone chairs for people much taller than us. These rooms were created 50,000 years ago and each is connected to each other, protected by an energy source which activates all as one is activated.

The projection room contains all our history and can be replayed visually. 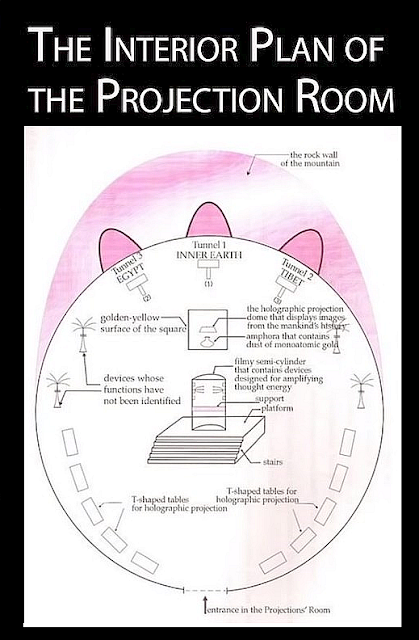 There are five tables on each side of the room. On some of them are different objects that appear to be technical tools. From many of them descending to the ground, are a lot of white, translucent wires which gather into rectangular boxes of shiny, silver material. The boxes are placed directly onto the ground. The cables are extremely flexible and lightweight and light pulses can be seen circulating along their length.

When approaching any of the tables, a holographic projection activates showing aspects of a particular scientific field. The three dimensional images are perfect and very large, with a height of almost two and a half meters.

The projections run by themselves but at the same time they are interactive and depend on one who interacts with the tables by touching their surfaces.

Climbing on a specially brought tripod the table surfaces can be seen. They are covered with a film of a dark glassy material. The film is divided into several large square bounded by straight lines, forming a kind of grid. At one table the subject is biology and the projected image are of plants and animals, some completely unknown.

Tapping one of the squares, the hologram shows the structure of the human body. It develops holographic images of various areas of the body that always rotate. Other squares show projections of other beings, on other celestial bodies. By tapping simultaneously two different squares, a complex scientific analysis shows the DNA of both beings and possibilities of compatibility between them.

In interview below, Peter Moon, famed author of the Montauk book series, discusses the Transylvania book series which he began editing and publishing in 2009.

He explains how he first got involved through his time travel research on the Montauk Project. He has subsequently regularly traveled to Romania and been able to confirm key aspects of the story.

Ghost Planes of the Peak District: The UK’s Own Bermuda Triangle