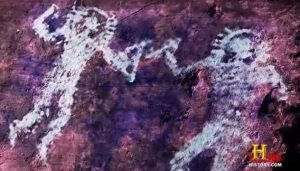 Erich Von Daniken’s book Chariots of the Gods? has many followers who believe it is the most convincing text supporting the idea of alien travellers instigating Mankind’s traditions. He claims that the first UFOs ever to visit the Earth landed in prehistoric times, and the aliens that alighted were really the beings responsible for our ancient ancestors’ intelligence.

Such a theory encompasses countless tales of ancient, now lost, races. The legends of Lemuria, Atlantis and Nazca all have elements that encourage intergalactic relationships, and Daniken’s daring suggestions have spurred countless similar theories linking our history with visits from ancient astronauts. 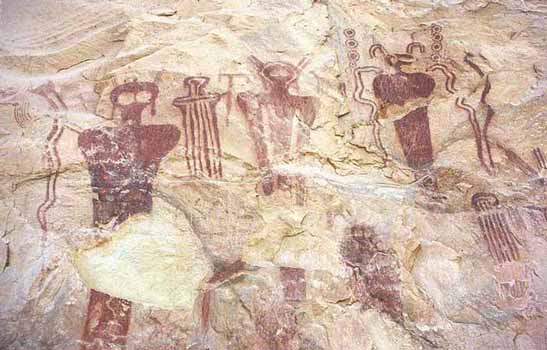 By carefully choosing data from religious, historical, scientific, biological, mythical and even some downright fictional sources, Daniken created a compelling argument. But many other experts have since had to question his assertions.

Daniken was born on 14th April 1935 in Zofingen, Switzerland. At school he was fascinated by ancient holy writings, but it was during his time managing a Swiss hotel that he wrote his first and most famous book, Chariots of the Gods?. The book looked at evidence to support a theory that prehistoric Man did not have the abilities to create his own civilisations. Daniken stated that ancient astronauts had arrived on the planet and introduced our ancestors’ culture, traditions and intelligence.

He claimed that the Ark of the Covenant was made as a large electric capacitor, when in fact its design is utterly impractical. Famously, he stated that the fabled Nazca lines are runways for alien spacecraft, but did not consider the other options: for example, that they might have something to do with native Nazcan culture.

He introduced impossible equations and even fictional ‘facts’. One example of Daniken’s evidence was pottery said to date from Biblical times. The ancient pots had pictures of UFOs painted in their sides, but a television documentary team found the potter who created the artefacts.

When Daniken was confronted with proof of his fraud, he replied that it was allowed because some people will irrationally refuse to believe an argument unless they see tangible evidence. Since then, rival or complementary theories about similar subjects have appeared. Another controversial notion was written by Robert Bauval and Adrian Gilbert in their 1994 book The Orion Mystery. 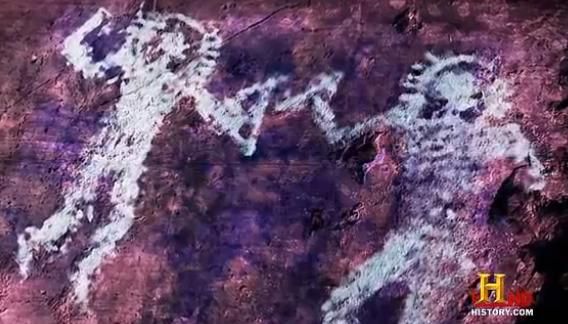 The idea is termed ‘The Orion Theory’, and is solely connected with the belief that the Ancient Egyptians are descended from alien visitors. Gilbert and Bauval realised that the three pyramids at Giza correlate exactly with the three belt stars of Orion. Subsequent study using the theory has apparently discovered other ancient structures in areas of Egypt that correspond to points of the Orion constellation.

The Orion Theory suggests that the alien visitors originated from a planet in the Orion constellation. The Egyptians worshipped the god Osiris, who had ‘Sha’ as its cosmic representation. The Sha constellation is what we call Orion.

Gilbert and Bauval also studied the strange shafts found in the pyramids which they said were directed towards the right area of the heavens for the dead pharaohs’ souls to ascend back from whence they came.

Modern scholars have pointed out that the Earth’s position and view of the heavens would have been drastically different in ancient history, and suspicious manipulation of time frames has been used to make sure some related theories are seen as plausible.

In reality, this has undermined the integrity of the whole subject. The forefather of all these types of ideas, Daniken himself, has little reason to be bitter about other people’s doubts. Chariots of the Gods? became an instant bestseller in the United States and across the world.

Since then, he has written nearly 30 books and sold 60 million copies of his work. He enjoys a life of travel, lecturing across the world and appearing on television programmes talking abut his theories.

He is responsible for inspiring a major science-fiction television series entitled Chariots of the Gods, and in the summer of 2003 he opened his very own Mysteries of the World theme park.

Perhaps the mystery in this story is nothing to do with aliens and ancient civilisations, but with how one man created an enormous industry and following based on a theory with dubious foundations?