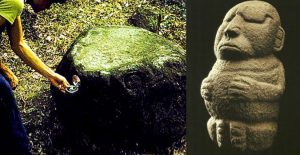 Pre-Columbian America gave the world a lot of mysteries hidden in impenetrable forests. Researchers are literally bit by bit assembling a puzzle from ancient artifacts of the indigenous people of America.

Another secret was presented to scientists by the world-famous Olmec stone sculptures found in the forests of Guatemala.

The study of physicists from the USA ended with an amazing result. It turned out that the Olmec statues, which are more than 3000 years old, have a highly elevated magnetic field.

Moreover, 6 out of 11 studied sculptures literally went off scale. Scientists have concluded that the ancient masters used stones that were struck by lightning. However, it is strange that over such a long period of time the radiation has not decreased.

But the oddities didn’t end there. The highest level of magnetism in the statues was in the region of the right cheek and navel. This corresponds to the knowledge of the occult human anatomy.

It is believed that it is at these points that a person has powerful energy centers. Of course, the Olmecs did not accidentally use these stones. 3000 years ago, they knew magnetism and knowledge of the structure of human energy fields.

After examining the mysterious figures, physicists decided to study a few more artifacts of the Olmec culture.

So, a glass, a bowl and a knife aged 3240 years were investigated. The bowl and knife had a slightly perturbed magnetic field, while the glass had no magnetic field on the outside. True, inside, at the very bottom, it went off scale. 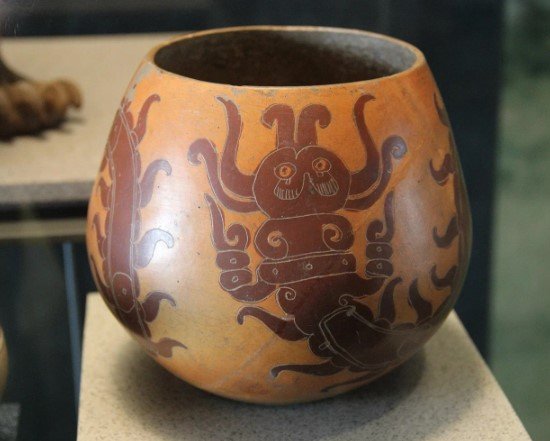 This discovery baffled scientists, since according to all the laws of physics, this is impossible.

It turns out that the Olmecs possessed not only sacred knowledge in the field of subtle matters, but also knew how to literally saturate individual sections of their products with a magnetic field.

And if with statues this can somehow be explained by lightning hitting cobblestones before they are processed, then the experiment with a glass still remains unanswered.

The technology by which objects are so selectively “pumped up” by a magnetic field is unknown today.