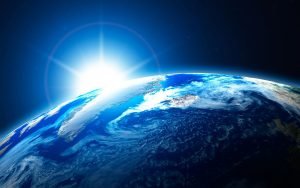 Geologists have found that a diamond sample discovered in Botswana comes from a depth of 660 kilometers and confirms the presence of a large amount of water inside the mantle.

It is extremely difficult to conduct research in the bowels of the Earth. But you can find out about what is happening hundreds of kilometers below us by indirect signs, for example, by the minerals that are carried out from there closer to the surface.

Recently, a diamond weighing one and a half carats was discovered in diamond mines in Botswana. Scientists have found that the diamond formed at a depth of about 660 kilometers, reported in the journal Nature Geoscience.

In total, the geologists examined 12 microscopic inclusions in the diamond structure in the sample, studying them using X-ray and Raman spectroscopy. This made it possible to find in them minerals from the Earth’s mantle, such as ringwoodite, ferropericlase and enstatite.

Thus, the combination of all three minerals told a lot about the circumstances of the formation of diamond and the appearance of inclusions in it. Geologists have found that the sample comes from a depth of 660 kilometers. This is an extremely interesting area separating the lower and upper mantles, where a rather rapid change in its composition, density and other properties takes place.

The presence of ringwoodite, brucite and some other minerals in the identified sample indicates the presence of water even at great depths. This was assumed before, but now it is known that there is a lot of water in the transitional layer of the mantle.

The surface of the Earth is covered by oceans by almost three-quarters, and no less moisture is hidden deeper. Perhaps the tales of civilizations living deep underground aren’t that far from reality? After all, if they have their own oceans, then life is possible even in the core of our planet.