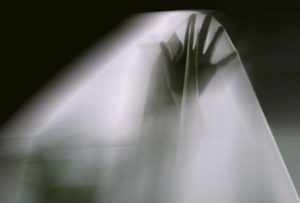 Paranormal things are not new to me. I am not an expert, but I’m used to it. I just consider myself different because my pineal gland is more active than most people’s. I will share to you one incident that happened to me in Saudi Arabia in 2004.

I was working as a nurse in a dermatology and plastic surgery hospital in Riyadh. By law in Saudi, women are restricted from roaming around without chaperones or husbands to accompany them. This also applies to foreign workers.

We are only allowed to go out shopping or malling every Friday (rest day in Saudi) for only a certain period of hours. During working days, after working hours we are directed to stay in a dormitory located at the back of the hospital.

When we first arrived in Riyadh, I had two roommates with me, and every night I was awakened by her moaning as if she was having a nightmare and I always had to wake her up. She would always tell me that she kept on dreaming about something that she couldn’t remember when she woke up. This puzzled me because it was constant.

One night, aside from my roommate’s moaning, I woke up with cramps in my back — an indication for me that something paranormal is present.

When I opened my eyes, I saw a woman in a white dress standing there with long hair covering her face standing at the foot of my roommate’s bed, facing her. In that instant I knew what what was causing my roommate’s moaning at night. So I just closed my eyes and prayed that the entity would disappear.

In the morning, I told my roommate what I saw and she was terrified and scared. I told her to calm down and never forget to pray before going to bed, which she said she always did. So I decided to give her a prayer that I made for myself that had helped me a lot of times.

She wrote this on a small piece of paper and pasted it on the wall where she could read it every now and then. Her moaning stopped and we didn’t see the entity visiting her again.

After a year, my roommate was transferred to another branch in Jeddah and I was given a newcomer who is older than me and is a Muslim (I am a Roman Catholic). My new roommate is a devoted Muslim I will call her Tarpa.

Paranormal beliefs are not accepted in Islam and Tarpa does not believe in ghosts. She was very skeptical about these things, especially if she heard us talking about it.

One night, I was chatting with my friend on a phone, but had to go out of the room and into the living room because Tarpa did not want any noise when she slept, and she couldn’t sleep with the lights on.

While chatting on the phone, I felt cramping on my back, but I just ignored it. But the entity really wanted my attention. My hair blew as if a strong wind had blown it, when in fact all the windows were closed.

My friend on the phone asked me if I had companions because she heard a woman talking aside from my voice. That’s when I felt scared. (No matter how many times these things happen to me, I just can’t shake the feeling of fear in me.) So knowing that the entity was persistent to let her presence known. I said goodnight to my friend and headed back to my room.

Since Tarpa was already asleep and I didn’t want to wake her up by turning on the lights, I just lay on my bed. But the presence of the entity was strong and I got so scared I decided to wake up Tarpa and turn on the lights.

Tarpa asked me why and I felt foolish telling her why because I knew she didn’t believe me. She was so angry for waking her up just to tell her nonsense.

She was telling me it was just my imagination when suddenly the stereo in my desk turned on and the music played. At first she thought I was holding the remote, but when she saw that the remote was near the stereo she became scared and an icy cold wind brushed her skin.

She jumped from her bed and sat next to me in my bed. We ended up talking about paranormal as she was asking me a lot of questions.

One night, I woke up hearing Tarpa moaning, as if choking. I turned on the lights and saw Tarpa struggling against something I couldn’t see, and whatever it was it was choking her. I tried waking her up, but she wouldn’t and continued choking.

I placed my hand over her head and said my prayer and made a sign of a cross over her forehead. She woke up catching her breath and cried. She told me that something was choking her and she couldn’t move.

After that time, we didn’t talk about the incident and asked me not to tell anyone. After a month, she moved out of my room and transferred to a vacant room with a fellow Muslim. Whatever happened that time proves that prayer is the most powerful weapon. No matter what religion you are in, it won’t save you, but your faith in God will.