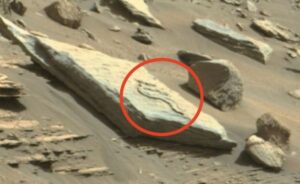 The famous ufologist and virtual archaeologist Scott Waring said that he saw an unusual alien artifact in the picture of the Martian surface.

The ufologist reported an object similar to a tombstone with an alien inscription. The inscription supposedly may contain information about a deceased person (or humanoid).

According to the researcher, next to this place is another part of the coffin, on which mysterious engravings can be seen. Most likely, it will not be possible to decipher them. 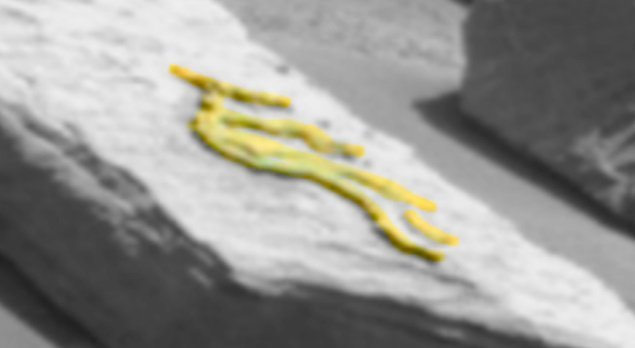 Waring believes that this place would be nice to explore with the help of rovers and then share information with the public, however, he expressed doubts that NASA would ever do this.

Instead, says the ufologist, NASA is entertaining the public with a toy helicopter to distract us from our search for extraterrestrial life on Mars.

Several billion years ago when the planets and the Solar System were formed, scientists believe that Mars was very similar to the Earth, with a substantial atmosphere and a surface partially covered by water.

Even today surface fissures are visible on the planet, presumably caused by running water.

If once Mars looked like Earth, maybe there were beings similar to people living there too?