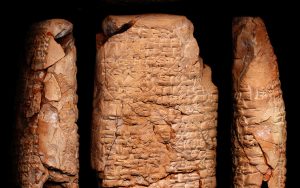 An ancient clay tablet, believed to be over 4,000 years old, tells of the materials used to build one of the most famous ships in human history: Noah’s Ark.

According to the researchers, the clay tablet tells that the construction of the ark used materials, exact dimensions and the “true” shape of the ark.

According to the curator of the British Museum Irving Finkel, one day he was approached by a man holding a strange clay tablet. Many have claimed that he received the ancient piece from his father, who in turn received it from Egypt in the 1940s.

The clay tablet “turned out to be one in a million,” Finkel explained. Beginning in 1750 BC, it tells the Babylonian “flood story” and also describes the “true” shape of the ark.

When the gods decided to destroy humanity with a flood, the humorous god Enki warned a man named Atrahasis (“Babylonian Noah”) who was to build the Ark.

However, the Ark of Atrahasis was round in shape. 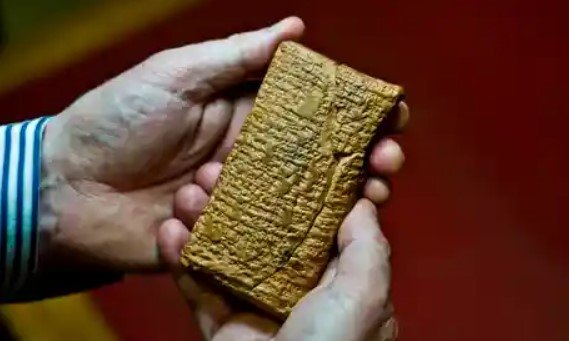 “Atra-hasis’s Ark, however was round. To my knowledge, no one has ever thought of that possibility. The new tablet also describes the materials and the measurements to build it: quantities of palm-fiber rope, wooden ribs and bath-fulls of hot bitumen to waterproof the finished vessel.

“The result was a traditional coracle, but the largest the world had ever dreamed of, with an area of 3,600 square meters and six-meter high walls. The amount of rope prescribed, stretched out in a line, would reach from London to Edinburgh!”, said Finkel

Surprisingly, in addition to its round shape, the Ark was supposedly massive. In fact, as Finkel noted, Noah’s Ark would have had a total area of ​​about 2.2 square miles (3.5 square kilometers) and the walls would have been 20 feet (over 6 meters) high.

Finkel is aware his discovery may cause consternation among believers in the Biblical story. When 19th-century British Museum scholars first learned from cuneiform tablets that the Babylonians had a flood myth, they were disturbed by its striking similarities to the story of Noah.

“Already in 1872 people were writing about it in a worried way — What does it mean that Holy Writ appears on this piece of Weetabix?” he joked, referring to a cereal similar in shape to the tablet.

Finkel has no doubts.

“I’m sure the story of the flood and a boat to rescue life is a Babylonian invention,” he said.

He believes the tale was likely passed on to the Jews during their exile in Babylon in the 6th century B.C. And he doesn’t think the tablet provides evidence the ark described in the Bible existed. He said it’s more likely that a devastating real flood made its way into folk memory, and has remained there ever since.