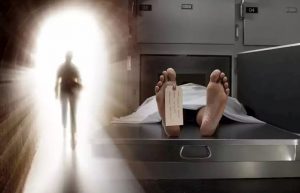 Death is one of the most terrible and expected events that happens in everyone’s life. We are afraid of death, because we do not know what will happen next and where our soul will go.

This is probably why many people on the planet are religious. This allows them to believe that even after death they will be fine if they observe important rules during their lifetime.

Humanity has been trying to unravel this secret for many years. For all the time of our existence, we have come up with a huge number of theories about what happens to us after this fatal event. However, they were all just bare guesses, which were not supported by anything significant.

But in our time, science has made a discovery, which, although it does not tell us the whole truth, has brought us much closer to solving the mystery of death. It happened at a hospice and palliative care center in Buffalo.

Over the past 10 years, scientists from this center have conducted an experiment that is interesting and important for all of humanity. They could prove that just before death, everyone sees the same dreams.

For years, the center’s staff watched as their patients experienced clinical deaths. When it was possible to bring people back to life, the scientists who conducted the experiment began to ask them about what the victims saw during the “death”.

From the very beginning it became clear that people have approximately the same picture in their heads. However, as good specialists, the staff at the center in Buffalo understood that the sample of patients who survived clinical death should be much larger. So the experiment itself was stretched out for 10 years.

As a result, the researchers have accumulated more than 13 thousand such people. To confirm the reliability of the data obtained, according to the researchers, 8 thousand patients would be enough. But scientists feared that even with so many subjects being studied, the scientific community would still reject the result of their work.

So the scientists were reinsured and waited until an additional 5 thousand patients were recruited before presenting their scientific work to the world. As it turned out, the whole life before our eyes does not pass, as it is believed.

The researchers claim that in 88% of cases during clinical death, patients observed a very bright picture. No grays or dark colors. The remaining 12% reported that the colors in their dreams were “too poisonous.”

9 out of 10 people, whose dreams turned out to be vivid, had a conversation with loved ones at this time. Moreover, much more often these were deceased relatives with whom the patients had not communicated for more than 15 years.

At the same time, emotions in all subjects were completely positive. In general, it should be noted that none of the patients experienced negative emotions during clinical death.

The worst thing that has been observed in patients is indifference to what is happening. However, such cases were slightly more than 1%. 59% of all patients went on a journey in their sleep. Their subconscious was preparing people “for the last journey.” And such trips have always been in someone’s company.

It turns out that our subconsciousness itself pushes us so that we would not go on this path alone. The study, of course, did not tell us anything about what happens to the soul of a person after death. However, now we understand that this does not need to be much afraid.

It became apparent that no one would experience pain or suffering at the time of death. Also, we will not see pictures from life, which means we will not regret anything. All this information gives us hope that we may not experience any suffering even after death.