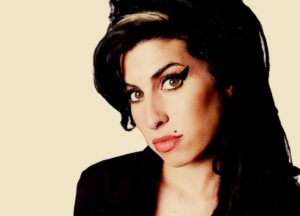 Amy Winehouse’s dad Mitch claims her spirit has visited him in a brand new BBC documentary about his late daughter’s life, reports msn.com.

He makes the shocking claim in Reclaiming Amy, which looks at the star’s life through the eyes of close friends and family, with the help of previously unseen video footage.

“People watching this film will think I am a deluded idiot,” says Mitch, 70. “She [Amy] has come and sat on the bed. She knows I am nervous, she would do more, but she knows I would be frightened. She is wherever her mum is as well.”

Mitch adds that the Oscar-winning film about his daughter’s life, titled Amy, drove him to a nervous breakdown. The former taxi driver says he and Amy’s mum Janis want people to know the truth.

Mitch, who was so grief stricken by Amy’s death that he couldn’t listen to any of her music for eight years, says: “In 2015 I had a nervous breakdown because of that film. So destructive. And for what reason?”

Janis, 66 says: “You think you know my daughter, the drugs, the addiction, the destructive relationships, but there was so much more. It often feels like the Amy we knew has been lost. After she died, her dad and I were accused of failing Amy.”

“10 years after her death, we are still grieving our daughter,” reveals Janis. “And we want to tell you our story in the hope that it can help other families like us and celebrate Amy as the complex, incredible woman that she was.”

Janis now lives in North London with her second husband Richard, while Mitch remarried to a woman called Jane. Together they run the Amy Winehouse Foundation, which aims to help young people cope with addiction.

Mitch denies putting pressure on Amy to perform when she was ill and says that there were many family interventions in a bid to help her.

She was also subject to round the clock monitoring when she tragically died of alcohol poisoning in her Camden home on 23 July 2011.