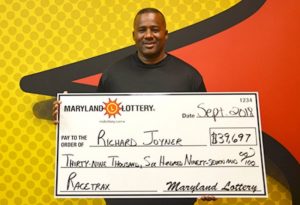 A resident of the state of Maryland won the jackpot in the lottery for the second time in his life thanks to prophetic dreams. This is reported by the information portal UPI.

Richard Joyner claims that he saw a combination of four, eight, five and six in a dream, and they sank into his head. The man remembered that this number constantly appeared on the documents with which he worked while serving in the army.

Joyner discovered that this combination often brings victory in virtual racing. A man put on computer horses and won a jackpot of 15,252 dollars, and then again, and the second prize was already 39,697 dollars. According to him, and then he saw the numbers of winning horses in a dream.

“I often dream of numbers: they are associated with dates, events, sports results. I try to use these numbers,” he admitted.

In December last year, an American was reported to have won virtual races due to insomnia. She couldn’t fall asleep for a long time, and she remembered the last time she saw on the clock before falling asleep. This combination of numbers brought her a jackpot of $ 13,323.