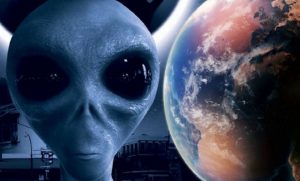 Scientists from Cornell University and the American Museum of Natural History in the United States have found that aliens could have discovered Earth after the heyday of modern civilization. Experts have compiled a list of 2034 nearby star systems that can find the Blue Planet.

The researchers say that we are talking about a relatively small cosmic distance of 326 light-years, separating the Earth from the 1715 star clusters of most interest to scientists.

Aliens could have learned about the existence of the Blue Planet about 5000 years ago. During the same period of time, another 319 star systems can learn about the Earth.

The author of the study, professor of astronomy Lisa Kaltenegger, said that for exoplanets, earthlings are representatives of an alien civilization.

It is extremely important to find out which star systems have a vantage point that allows you to see the planet. This position is acquired and again lost, as the Earth revolves around the Sun.

The catalog of 2034 systems contains information on seven exoplanets that astronomers consider to be extremely important. Each of these worlds has the potential to discover the Blue Planet.

If intelligent life is present on them, then they can observe the Earth and see chemical reactions in its atmosphere.