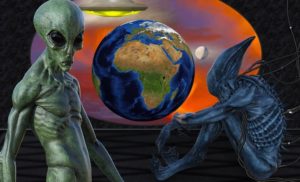 Christopher Mellon, who was formerly an adviser to military intelligence, believes the sheer number of UFO sightings around the world indicates that aliens are gathering information about Earth, reports ordonews.com.

They are creating a map of the surface of our planet to create a map of the Universe that will resemble a Google Map.

Mellon was the US Deputy Assistant Secretary of Defense during the days when Bill Clinton and George W. Bush ruled the country. He made his incredible statement in a documentary, which will be shown in the UK in just a month.

Mellon does not believe that UFOs are objects of terrestrial origin. In addition, the former military believes that very soon people will have the opportunity to establish exactly how they appeared and how these objects work.

Mellon also added that if these objects do not belong to humanity, then there is really good cause for concern. Aliens can become a serious threat to people, because their actions will be impossible to predict.

During the official research, several huge objects were found that were in the form of equilateral triangles. On every corner there were lights that were capable of drifting in almost one place for a long time, and then flying away at incredible speed.

Such UFOs have been spotted by more than 50 US military targets. At the same time, an interesting point was that even the modern high-tech equipment of military bases could not detect the appearance of a UFO nearby.

Mellon added that such devices do not belong to ground aircraft, because they have been seen around the world in different countries for over 40 years.