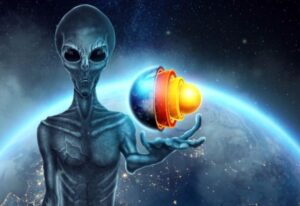 Military expert, Professor Paul Springer said that aliens, before exploring the Earth, can send asteroids to it, reports the Daily Star.

Professor Paul Springer of the US Air Force Command and Headquarters College in Alabama made incredible statements during an interview with The Sun Online. The scientist claims that alien invaders can arm asteroids to destroy cities and leave the Earth without resources.

Springer said this right after the Pentagon first admitted in its report that there is something in the sky that the US cannot explain. Congress and the Senate then voted on a plan to create a new specialized UFO unit to investigate the phenomena.

The professor also argued that aliens would create problems on Earth in order to better study it. He believes that if an invasion occurs, it will be similar to how the Europeans colonized America 300 years ago – resources were quickly depleted and indigenous peoples were destroyed.

He added that aliens may well be nomads searching for planets using probes. If they find nuclear weapons on Earth, they will be destroyed with the help of asteroids aimed at specified targets.

Another weapon used could be a specially crafted virus aimed at destroying humanity, thereby preparing the Earth for purification.

During the interview, the professor said: “It is also possible that those civilizations that come into contact with us have to adapt conventional tools as weapons. They may have to adapt what they have with them. ”

When it comes to defense, the scientist says, the military will have only two priorities – to survive and then capture aliens, including their technology.