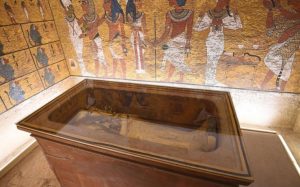 The tomb of Tutankhamun was discovered long ago (back in 1922), but to this day interesting things are found in it.

Archaeologists found a ring on which there is an image of a mysterious creature, presumably an alien.

According to historians, this is most likely the ancient Egyptian god Ptah. But why does he look so much like a humanoid? 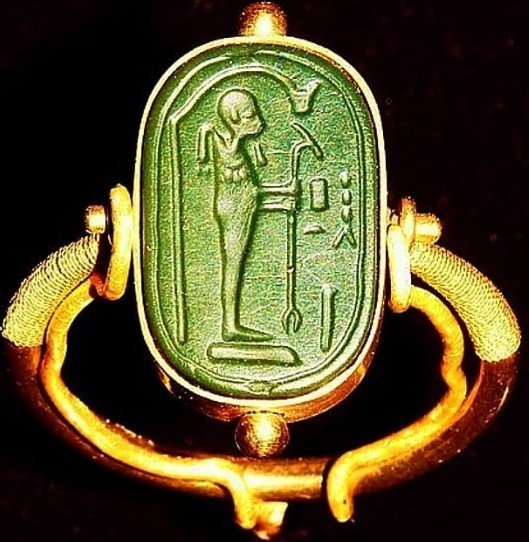 If you look closely, the creature hovers above the ground. Perhaps the representative of an extraterrestrial civilization possessed technologies unknown to scientists.

The ring dates back to 600 BC, although Ptah was considered a more ancient god (existed 5-15 thousand years ago).

Who did the Egyptians really portray? Maybe they maintained contact with an extraterrestrial civilization, which was repeatedly stated by numerous ufologists?