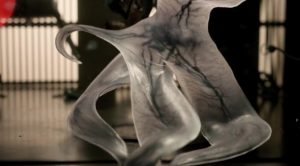 Canadian scientists warn that alien organisms can get on a spaceship and then infect the Earth.

The growing demand for space exploration increases the likelihood of the appearance of alien organisms on Earth and terrestrial organisms on other planets, according to the journal “BioScience”.

“Finding life outside of our world is an exciting activity that could lead to huge discoveries in the not too distant future,” said one of the authors of the article, professor of biology Anthony Riccardi at McGill University in Montreal.

“However, on the eve of an increase in the number of space missions, including those designed to deliver samples from other planets to Earth, it is extremely important to reduce the risks of biological contamination in both directions.”

In his opinion, one can only guess what types of organisms could meet if astrobiologists found life on another planet. “The most likely life forms would be microbial and likely similar to bacteria,” Riccardi suggests.

However, the risk of interplanetary contamination is extremely low, according to the American scientific website Live Science. This is partly because the harsh conditions of space make it difficult for organisms that can hitchhike on the skin of a spacecraft to survive.

But scientists believe space explorers should be careful. Humans have already damaged ecosystems across the earth by allowing organisms to invade a new environment that they would never naturally enter.

According to Riccardi, major space agencies have long recognized the potential risks of biological contamination, and planetary protection policies have been in place since the 1960s.

“However, the new era of space exploration poses unprecedented risks as it aims to explore the areas most likely to be home to life,” Riccardi said.