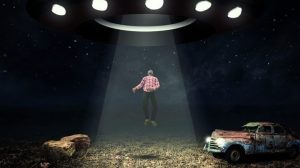 The reports of alien abductions have become a worldwide phenomenon all of which require research to prove the validity of the individual making the report. There have been at least forty known reports since 1961.

The phenomenon is one that is not easily understood, requires extensive and continued research and may or may not be validated claims. Should this be a reality there are a suspected high amount of unreported claims. So the question is what exactly occurs during the experience and how do those who experience an abduction cope?

According to those who have reported the abduction, it will basically start with the experience of an unexplainable bright light that is seen in a field, the sky or somewhere in their home. All electrical appliances will begin to short in and out and the individual that is being abducted will become paralyzed.

While paralyzed they do have movement with only their eyes and are able to notice unfamiliar and strange beings that appear out of the bright light. The individual is then taken either by being beamed or drug into the alien’s craft.

Upon entrance into the craft, the abducted individual is laid upon a bed and all of their clothing is removed. The aliens will then conduct a physical examination of sorts which includes taking samples of tissues and/or cells, the extraction of body fluids and probing the individual’s orifices. A majority of those reporting abduction claim to have an implant of some kind that has been inserted below the skin of their feet, noses, hands or eyelids.

There is very little if any communication that occurs during the abduction. What little that has been reported was done so with a form of mental telepathy. There is no actual explanation as to the reason of the individuals abduction nor is there an advanced warning the individual will be abducted.

The individuals have reported feeling as though they were in some sort of hypnotic trance that allowed the aliens to be part of their mind. Any communication that has been noticed was one that was not understood as it is inaudible or spoken in an unrecognizable language.

When there is more than one human present during the abduction, there is no verbal communications that take place among them. When the “experiments” have been completed, all those abducted are returned to the area in which they were taken with the exception of a few that reported simply being dropped into an unknown location.

There have been situations where an abducted individual upon being returned has undergone hypnosis and was able to recall the entire process from the abduction through the experimentation and to the return. Many times the individual will experience symptoms such as nose bleeds, painful sinus problems, bruises, nightmares, deterioration in health and a lost time frame.

These are reported to be symptoms the individual suffers following the abduction. A wide report is one where the individual will view something familiar to them; however, they experience a feeling of looking at something completely different.

For years there have been reports that fascinate the public. There are hundreds of publications regarding UFO sightings, alien abductions, physical visits to particular individuals and telepathic communications.

There are two sides to every story including the one regarding aliens, abductions and UFOs. The theory supposedly is that the government does not think the public is ready to handle an actual face to face encounter with one or several aliens.

The fear instilled among many has occurred through science fiction movies, but does this truly depict how an alien would appear? Does the world really fear that aliens will make their presence known only as a means of destroying this planet?

According to ancient beliefs, there were aliens that made themselves known as well as taught humans to build the pyramids. Where they here only as an early sign of what is to come? Or were they merely instructing those individuals to build the pyramids as a visual landing spot for future visits?

These are only a handful of the questions needing answers and if those reporting abduction could provide the answers to some of the hundreds of unanswered questions the earth’s population has, then why would they be shunned as having a screw loose?

The interest of aliens and alien abductions has been a phenomenon among people from all walks of life for centuries. Many a president has boldly voiced their interest in the unidentified going back to Eisenhower that supposedly had an encounter with the representatives of an alien nation as well as agreed to the terms put forth in a treaty named the Greada Treaty.

Eisenhower is not the only UFO enthusiasts to enter the Whitehouse; he was joined in his questions and fascination by Nixon and Truman. Also well known for being an alien enthusiast was Jackie Gleason.

The majority of them were quite choosey with whom they discussed their UFO and Alien interest with. However, Nixon and Gleason were good friends and golfing buddies so during their golf outings the discussions would come up.

It is said that during one of these golf trips, Nixon presented Gleason with actual evidence of extraterrestrials. Upon hearing of the proof, Gleason was anxious to view this for himself so Nixon ditched the secret service, picked up Jackie Gleason and went to the Homestead Air Force Base where the bodies of aliens were being held.

Area 51, Roswell and Wright Patterson Air Force Base are not only current areas used or areas abandoned by the government but are also only a handful of the reported areas in which aliens have said to be present.

Some of which were the remains of aliens and some of which were areas still said to have high UFO sightings. If these areas are indeed being protected by government officials as their way of protecting the public from the presence of aliens, it would be safe to say that those reporting abductions could possibly be giving factual reports.

Those who have braved voicing their abduction will without a doubt at some point be faced with ridicule, embarrassment, confusion, anxiety and fear of a reoccurrence. The real question is should they be written off as insane or should they be the ones to stand tall at the podium and answer the hundreds of questions that those who believe have?