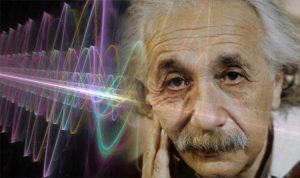 The next time someone doubts your intelligence for interest in paranormal or unexplained phenomena, just tell the person that Albert Einstein believed in the power of psychics.

Albert Einstein happened to be on vacation in Palm Springs when he met psychic, Gene Dennis in 1932. He was thoroughly impressed by her abilities.

In fact, he was quoted as saying, “She told me things no one could possibly know, things on which I have been working, and she demonstrated she has the power to do things I cannot explain. I must tell some of my associates about this. It was miraculous indeed.”

However, Gene Dennis claimed she was more than just a psychic, she also thought of herself as a prophet. She never worked with divination tools, nor did she take part in clairvoyance, mind reading, fortune telling, or crystal ball gazing. And after her meeting with the famous physicist, she became known as “The Girl Who Amazed Einstein.”

Whether he met with Miss Dennis again, or on a regular basis, is not known. Even so, their 1932 encounter was pretty amazing!

We all know that the great Mr. Einstein was a man of science, but he was also keenly interested in psychic and spiritual matters as well. He himself explored spiritualism.

With such a brilliant (and open) mind, it should come as no surprise that Einstein would be curious about all forms of unexplained phenomena—including psychic abilities. After all, he respected the intuitive mind and even relied upon it. Need proof? Consider the following quotes from the man himself:

“There is no logical way to the discovery of elemental laws. There is only the way of intuition, which is helped by a feeling for the order lying behind the appearance.”

“The intuitive mind is a sacred gift and the rational mind is a faithful servant. We have created a society that honors the servant and has forgotten the gift.”

Einstein understood the subtle marriage of science and spirituality. One really can’t exist without the other, as he so eloquently stated in this quote, “Science without religion is lame. Religion without science is blind.”

Perhaps that historical meeting all those years ago has something to do with his broad-minded views.

Cosmic Ordering: When The Universe Gives You What You Wish