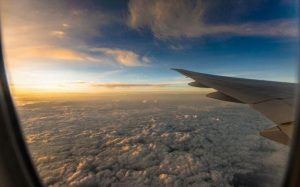 An American, flying a few days ago from California, saw a strange object resembling a torpedo in the window of an airplane. This happened when the Airbus was just flying over Ohio.

The author of the video, for some reason, did not even give his name, however, clarified that he managed to capture the UFO on video for the simple reason that he loves to shoot a panorama from a height of 30 thousand pounds – this is his favorite activity during the flights.

Enthusiastic reviews about the video, which quickly scattered across the Internet, were surprisingly almost uniform: they say that the author managed to make a real alien aircraft.

True, there were skeptics who suggested that it could be a rocket or even a drone. But drones do not fly so high, and the military also do not launch rockets near passenger planes.