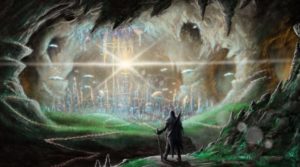 On February 19, 1947, Admiral Richard E. Byrd left Base Camp Arctic and flew northward. What happened on that flight?

For years rumors have persisted that on his historic flight to the North Pole, Admiral Byrd flew beyond the Pole into an opening leading inside the Earth. Here he met with advanced beings who had a sobering message for him to deliver to Mankind at the Surface World.

Upon Byrd’s return to Washington, on March 11, 1947 he was interviewed intently by top security forces and a medical team. He was placed under strict control and ordered to remain silent on behalf of humanity. Being a military man, he felt he had to comply.

Here, from Admiral Byrd’s secret log and diary, is the message meant to have been heard 70 years ago! 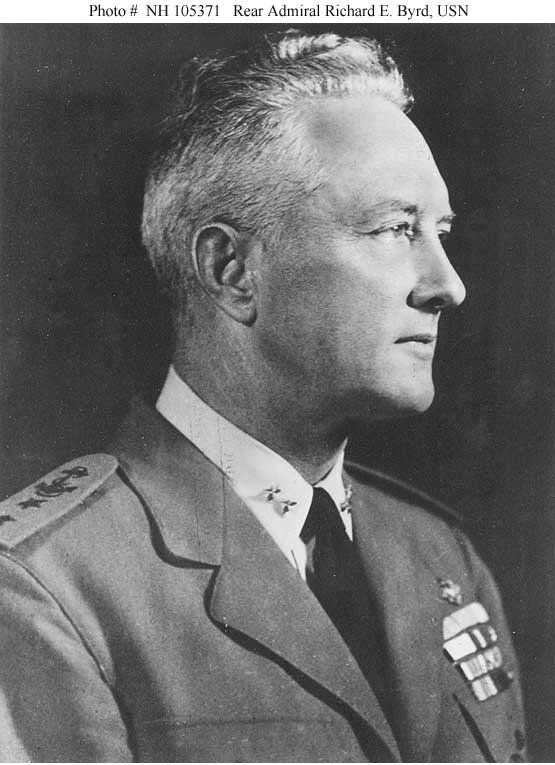 Excerpt of The Hollow Earth (no ISBN):

“During his Arctic flight of 1,700 miles BEYOND the North Pole he reported by radio that he saw below him, not ice and snow, but land areas consisting of mountains, forests, green vegetation, lakes and rivers, and in the underbrush saw a strange animal resembling the mammoth….”

In January, 1956, Admiral Byrd led another expedition to the Antarctic and there penetrated for 2,300 miles BEYOND the South Pole. The radio announcement at this time (January 13, 1956) said:

“On January 13, members of the United stated expedition penetrated a land extent of 2,300 miles BEYOND the Pole. The Flight was made by Rear Admiral George Dufek of the United States Navy Air Unit.” Byrd said on March 13, 1956, “The present expedition has opened up a vast new land.”

Admiral Byrd said in February, 1947 before his North Pole flight, “I’d like to see that land beyond the Pole. That area beyond the Pole is the center of the great unknown.”

Excerpt of A Flight to the Land Beyond the North Pole:

“I bid you welcome to our domain, Admiral.” I see a man with delicate features and with the etching of years upon his face. He is seated at a long table. He motions me to sit down in one of the chairs.

After I am seated, he places his fingertips together and smiles. He speaks softly again, and conveys the following. “We have let you enter here because you are of noble character and well-known on the Surface World, Admiral.”

“Surface World,” I half-gasp under my breath! “Yes,” the Master replies with a smile, “you are in the domain of the Arianni, the Inner World of the Earth. We shall not long delay your mission, and you will be safely escorted back to the surface and for a distance beyond. But now. Admiral, I shall tell you why you have been summoned here.

Our interest rightly begins just after your race exploded the first atomic bombs over Hiroshima and Nagasaki, Japan. It was at that alarming time we sent our flying machines, the ‘Flugelrads,’ to your surface world to investigate what your race had done.

“That is, of course, past history now, my dear Admiral, but I must continue on. You see, we have never interfered before in your race’s wars, and barbarity, but now we must, for you have leamed to tamper with a certain power that is not for man, namely, that of atomic energy.

Our emissaries have already delivered messages to the powers of your world, and yet they do not heed. Now you have been chosen to be witness here that our world does exist. You see, our culture and science are many thousands of years beyond your race, Admiral.” I interrupted, “But what does this have to do with me, Sir?”

The master’s eyes seemed to penetrate deeply into my mind, and after studying me for a few moments he replied, “Your race has now reached the point of no return, for there are those among you who would destroy your very world rather than relinquish their power as they know it…”

I nodded, and the Master continued. “In 1945 and afterward, we tried to contact your race, but our efforts were met with hostility. Our Flugelrads were fired upon, yes, even pursued with malice and animosity by your fighter planes.

So, now, I say to you, my son, there is a great storm gathering in your world, a black fury that will not spend itself for many years. There will be no answer in your armies, there will be no safety in your science. It may rage on until every flower of your culture is trampled and all human things are leveled in vast chaos.

“Your recent war was only a prelude of what is yet to come for your race. We here see it more clearly with each hour…do you say I am mistaken?”

“No,” I answer,” it happened once before, the Dark Ages came and they lasted for more than five hundred years.” “Yes, my son,” replied the Master, “the Dark Ages that will come now for your race will cover the Earth like a pall, but I believe that some of your race will live through the storm, beyond that, I cannot say.

We see at a great distance a new world stirring from the ruins of your race, seeking its lost and legendary treasures, and they will be here, my son, safe in our keeping. When that time arrives, we shall come forward again to help revive your culture and your race.

“Perhaps, by then, you will have learned the futility of war and its strife…and after that time, certain of your culture and science will be returned for your race to begin anew. You, my son, are to return to the Surface World with this message…”

With those closing words, our meeting seemed at an end. I stood for a moment as in a dream…but, yet, I knew this was reality, and for some strange reason I bowed slightly, either out of respect or humility, I do not know which.

Suddenly, I was again aware that the two beautiful hosts who had brought me here were again at my side. “This way, Admiral,” motioned one. I turned once more before leaving and looked back toward the Master. A gentle smile was etched on his delicate ancient face. “Farewell, my son,” he spoke, then he gestured with a lovely, slender hand a motion of peace and our meeting was truly ended.

Quickly, we walked back through the great door of the Master’s chamber and once again entered into the elevator. The door slid silently downward and we were at once going upward. One of my hosts’ spoke again, “We must now make haste, Admiral, as the Master desires to delay you no longer on your schedule timetable and you must return with his message to your race.”