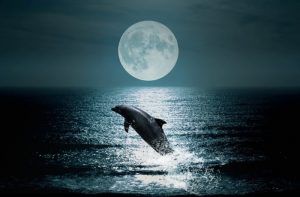 Animals have many abilities that defy scientific explanation. Timely premonitions, predicting future, ability to travel vast distances to their owners are some of them.

Many animals have a highly developed sixth sense. Besides homing pigeons, several other animals can find their way home as well – sometimes over vast distances. Pets are often empathic to the mood and energy of their owners.

Animals also have highly advanced sensors that can detect events such as earthquakes before they actually happen. Many pet owners know that their cats and dogs have an uncanny knack of anticipating when their owners are coming home.

Animals and After Death Communication

An American, Herbert J. Rebhan graduated in 1984 from veterinary school, and went to work in the central African country of Malawi, as a Peace Corps volunteer.

He twice saved the lives of two frail, sick, pups, Bozo and Skippy, that were not expected to live.

When Rebhan was attacked by a rabid hyena one rainy day, the dogs Bozo and Skippy engaged in a fierce fight, killed the hyena and quickly vanished. The vet, who distinctly knew Skippy and Bozo, would learn later that Bozo and Skippy had died several months before saving his life.

The dogs were apparently able to defy death to help their friend.

Beaky, a bottle nosed dolphin, lived off the English coast in the 1970s. The 12-foot dolphin has been credited with saving several lives on many different occasions.

Before a fellow diver could respond to Monery’s distress signal, Beaky the dolphin, swam underneath him and gently nudged the diver up to the surface.

Only after the distressed diver received help from the rescue crew, did Beaky swim away.

There are many accounts of pets showing ability beyond scientific explanation. Some of them are:

– In 1976, a golden retriever named Lisa began barking at a British embassy building in Beijing. Her barking awoke second secretary, Richard Margolis, who was convinced that the dog knew something was wrong. He awoke the embassy staff and fled the city before a massive earthquake.

– In the 1960s, Missie the Boston terrier, became a celebrity because of her ability to know details about people and predict the future.

– Chris, a part-beagle, mixed-breed dog, lived with George and Marion Woods in Rhode Island in the 1950s. He had an uncanny ability to read minds, foresee the future, and even make horse racing predictions.

Animals’ endearing qualities of unconditional love, undeterred loyalty and fierce faithfulness are not all that make them great friends for humans. They also have unexplainable qualities of intuition, sixth sensory perception and a psychic skills that can make pet owners wonder about the deeper meanings of life, living and life after death.