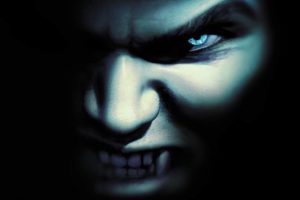 An Atlanta Vampire Alliance survey estimates that around 5,000 real vampires may live across the United States.

John Edgar Browning, an academic researcher at Louisiana State University, claims that at least 50 bloodsuckers are living in the US city of New Orleans.

Some of them, he says, drink blood, either human or animal, and psychically extract energy from their victims.

He describes the real community of vampires as being made up of dozens of mini-groups that overlap, reports dailystar.co.uk.

Through pagan and other witchcraft-related groups and goth clubs, as well as various pagan groups, they meet each other, he said.

“These social gatherings included Dark Shadows conventions and other vampire fiction and film fan organisations; bondage and S&M events, which were frequented by blood fetishists and others whom real vampires found to be willing blood donors.”, Browning said for dailystar.co.uk.

He says the vampires that he has met there always take care not to injure their prey: “Vampire feeding – whether on blood or psychic energy – is always consensual, and generally always medically safe.

John continues: “The vampire and donor will each have their blood tested beforehand,” and says that great care is taken both by vampires and prey to use sterile tools to extract the blood.”

Outwardly, vampires are no different from people, so it is almost impossible to find them.

He said the true vampires don’t think of themselves as undead monsters, but they really believe that they need blood from other living creatures in order to function properly.