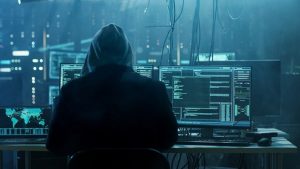 29-year-old American hacker George Hotz, known for hacking into various advanced electronics and developing his own unmanned vehicle, announced his intention to create a very unusual teaching, apparently, a new religion. The man is convinced that the reality around us is a computer simulation created by a higher mind, and intends to leave this illusory world together with his future followers.

Hotz admits that he does not yet have solid evidence of his bold hypothesis, but believes that it has an unconditional meaning. Say, if in the Universe there is a highly developed alien civilization, powerful artificial intelligence or divine essence, then it is logical to assume that such a force isolates aggressive and unpredictable humanity in a kind of “cell”.

True, the cell is made so skillfully that we are not even aware of our lack of freedom.

The simulation theory, by the way, has more serious supporters. For example, the American engineer and entrepreneur Ilon Mask has repeatedly said that we all exist in the “computer game” developed by some higher forces.

And the famous British theoretical physicist Stephen Hawking, who passed away a year ago, before his death called the universe the most complex hologram made by someone who knows why and with what purpose.

George Hotz is very serious. He plans to sell his company and, with the money, set up a church for supporters of the matrix, which will gather followers and look for opportunities to leave this “computer game”. We must assume that the new technogenic religion will appeal to many people who feel cramped in this life and who are not satisfied in the existing religious teachings.

If we assume that the theory of simulation is correct, we can only guess what is outside our “cage”, but even more surprising in this regard is a way that will allow at least someone to escape from this “prison”.