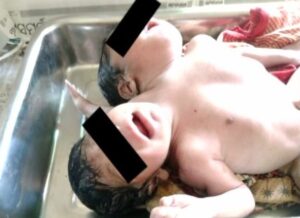 In the Indian state of Odisha, on April 11, 2021, a female child was born with a very rare congenital anomaly. The girl had two heads on two necks, a double chest, but one common body below the chest. Also, the child has three arms.

The baby was born in a private maternity hospital, his parents were Umakant Parida and his wife Ambika.

The mother had a very large belly, like when carrying twins, so the doctors decided to do a cesarean, suspecting that such a large baby would not pass through the birth canal. 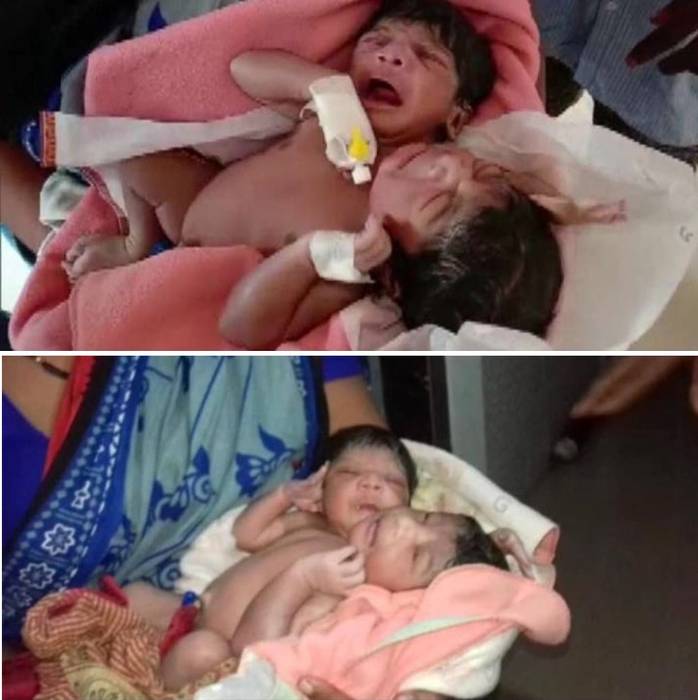 After birth, the baby’s condition was satisfactory, they began to eat normally and they had no breathing problems.

Later, the child’s condition remained good, so they were transferred to the department of the pediatric institute in the city of Cuttack for further observation.

In the meantime, the baby’s father has already asked the state for help in treating his daughter. He reportedly hopes doctors can come up with a solution and separate his children.

Unfortunately, for such an anomaly, disconnection is often practically impracticable. As a rule, in such conjoined twins, many internal organs are common and such an operation is very risky for their lives.