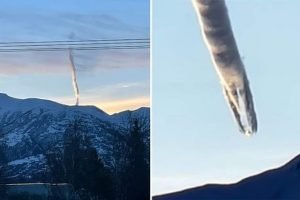 Photos of a strange “cloud” over a mountain in Alaska (USA) caused a lot of panic rumors: from the fall of a UFO to the attack of a “secret Russian weapon”.

The rumors so alarmed social media that the Alaskan military and the Rescue Coordination Center investigated and announced that everything was not so scary. But this explanation did not satisfy everyone.

A bizarre worm-shaped cloud was spotted over Lazy Mountain last Thursday and the images quickly went viral on social media, drawing the attention of conspiracy theorists. 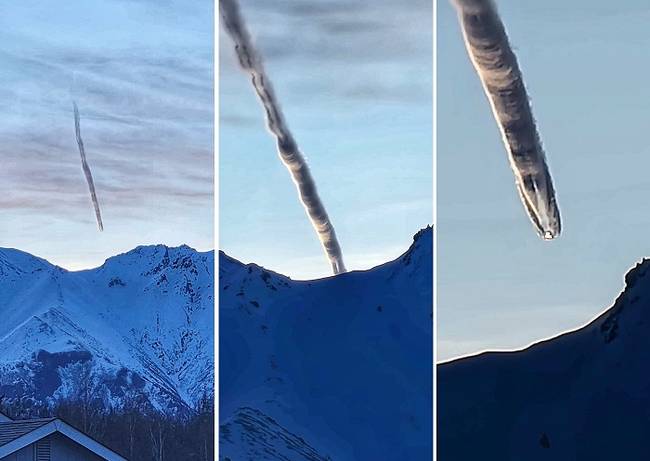 First of all, local authorities checked whether there had been a plane crash and found that there were no reports of the loss of aircraft or helicopters, including military ones, in the area.

Other hypotheses included a satellite falling from space, a meteorite impact, or a Russian rocket. Further investigation revealed that shortly before the discovery of a strange cloud, a large commercial aircraft flew over the mountain, en route to Kennedy Airport in New York.

They contacted the plane, found that everything was in order with it and that it had no technical problems. Thus, in the end, the authorities were left with only one logical version, which they put forward as an explanation – the strange cloud was supposedly just a contrail from that commercial aircraft.

The bizarre appearance of this trail was explained by the fact that “there was a combination of a contrail and a rising sun.” Many netizens called this explanation complete nonsense and an attempt to simply hide another UFO crash.

And the fact that the military was involved in the investigation added credibility to this theory.