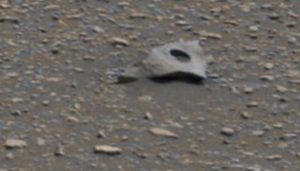 This picture was taken by the camera of the rover “Curiosity” on March 1, 2019 and almost immediately after publication on the network, people saw an anomalous object.

The picture is available at the source in two versions, in black and white and in a large color panorama.

Almost in the center of the photo is a small object, obviously of artificial origin. It looks like a metal piece, roughly cut off from something. The detail shows a neat and even round hole as if from a rivet. 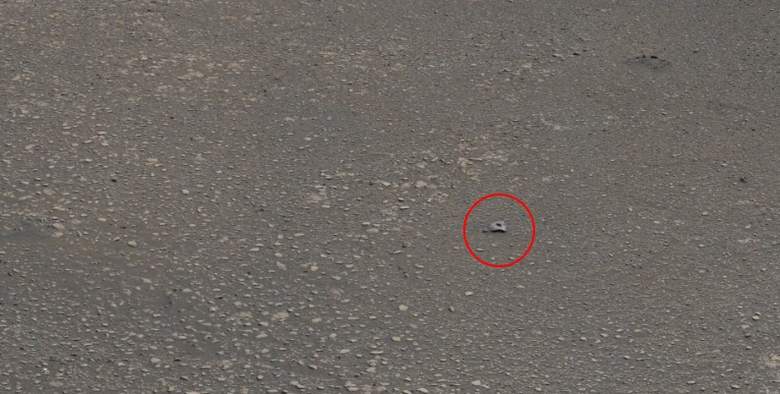 According to the first assumption, this may be a detail of the rover itself, however it is difficult to say from which part of the rover it flew off, and nowhere was it reported that small details could fall off from “Curiosity”.

In addition, as noted by one of the Internet users, there are no signs of a rover anywhere around this detail, that is, Curiosity did not even drive up to this place.

Without a doubt, this is one of the most intriguing finds on Red Planet images in recent years.

In the 1950s, the CIA sprayed a entire French city with LSD