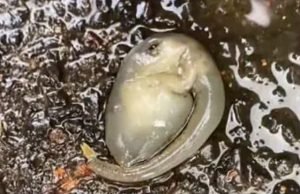 This creepy-looking “alien” creature was found right on the street after a heavy downpour and confused the locals.

A man named Harry Hayes was jogging down the streets of Sydney, Australia when he came across what he himself believes to be an alien organism, and so far no scientist has been able to identify this creature.

Hayes was jogging on February 28 near Marrickville, a suburb of Sydney, when he almost stepped on something whitish and a bit like the embryo of an alien monster from the movie “Alien”. 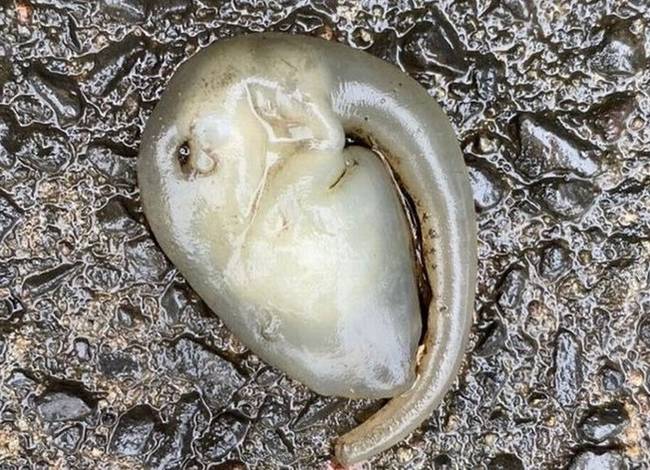 “My intuition is that it’s most likely some kind of embryo, but given that we were recently attacked by Covid, and now we are facing the threat of the Third World War, it could be an alien,” Hayes told reporters.

Just the day before, there was a good downpour in Sydney. Australia’s east coast has experienced massive amounts of heavy rain and flooding in recent days.

However, this strange creature was not found in the flood zone. The strange creature, whose dimensions were not published in the media, clearly shows an oval head with an eye, from which one process extends. There are no visible signs of trauma on the creature.

A local biologist Ellie Sursara posted a photo of Hayes’ find on her Twitter and asked scientists to try to identify it.

However, with the exception of a comment that it might be a “deformed” octopus, she received no substantive responses.