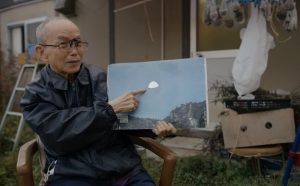 The small Japanese town of Iino, which is located on Mount Senganmori (Fukushima Prefecture), has become a place of pilgrimage for ufologists and UFO lovers. The anomalous zone is mentioned in the Vice News material.

Local resident Yuichi Aso, who is fond of ufology, told reporters about the magnetic anomaly that exists on the mountain due to the peculiarities of geological rocks.

Aso believes that aliens are more active in the Senganmori region precisely because of the existence of a magnetic anomaly – the ufologist suggested that the aliens use the anomaly for practical purposes, for example, to recharge their interstellar spacecraft.

There really is a magnetic anomaly in the Senganmori area – the journalists were convinced of this with the help of a simple test using a compass. The device loses its functionality and stops showing where the north is and where the south is.

The inhabitants of Iino organized a museum dedicated to contacts with hypothetical representatives of alien civilizations.

Interestingly, the inhabitants of Iino are not at all afraid of aliens and are ready to contact them.

“We will definitely make friends with aliens. I believe that unidentified flying objects can revive our small town and turn it into a world center of ufology ,” added Yuichi Aso.

Stories of UFO sightings and close encounters with otherworldly visitors have frequented the town for decades – so much so that statues of UFOs can be found all along its streets and even its official mascot is a small white alien piloting a golden flying saucer.