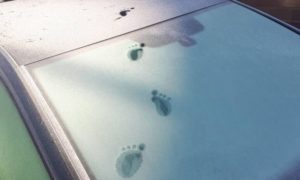 Alicia Smith from Grimsby was very perplexed when she saw a four-fingered footprint on her car covered with frost. It happened on Thursday, December 31.

The first footprints are found in the left corner of the windshield and move up to the roof and then disappear. On both feet, the fifth toe is not visible.

Photos of the mysterious footprints were posted on social networks. The woman hoped that some of the users would help her shed light on this whole situation. All users immediately agreed that it could not be a child, because there is no fifth finger on the footprint. 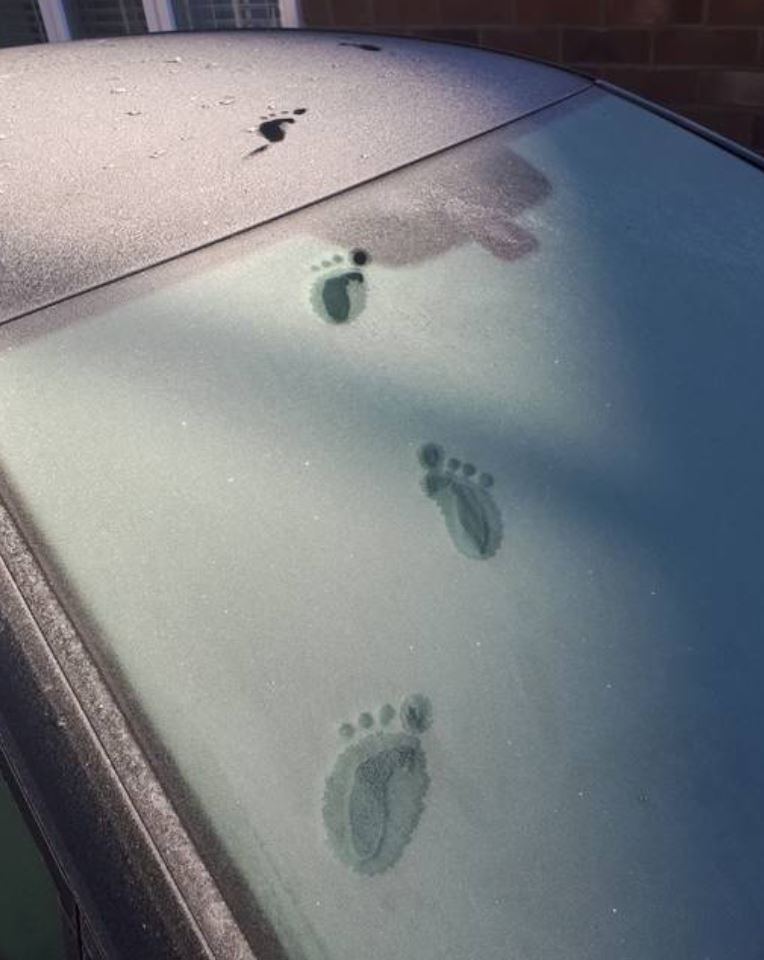 In addition, probably no one would allow a child to run without shoes on a car. Perhaps this is someone’s joke, which turned out to be very successful, but not very funny.

Even social media users have not found theories about who could have left such traces.

“We’d never seen anything like this before, it was very odd,” Alicia said.

“They’re a strange shape and only have four toes, and don’t quite look human. I’m not sure if it was a child. And why would someone be barefoot in this weather ?”

“The car was parked outside our house all night so whatever did it must have been just outside.”

“We didn’t hear or see anything.”

Currently, no definitive explanation has been found for the strange tracks.