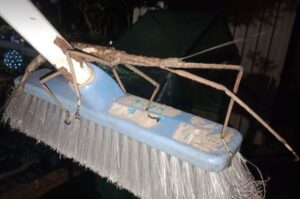 A resident of Australia got a new phobia after meeting with a stick insect – possibly the largest in the country. The owner found out who was sitting on his home mop only when he left the barn.

Brendo Kerridge from Australia decided to sweep the yard of his house on a warm May morning and, reasonably, went for a broom – it was stored in a barn.

Entering the annex, the owner did not turn on the light, took the inventory and went towards the porch. He still had no idea what a surprise awaits him, reports the Daily Star. 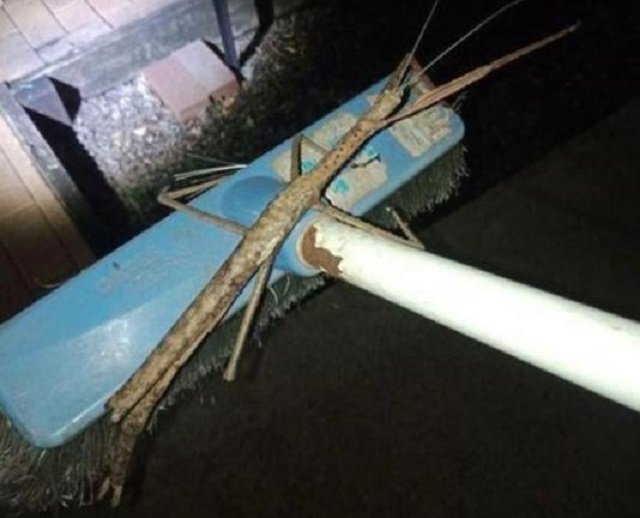 When Brendo came out into the light, he noticed that someone was sitting on the brush. The man looked closely and almost threw out the mop – there was a giant stick insect.

According to the owner, the width of his mop is 35 centimeters, and its passenger, judging by the photo, is even bigger.

There was a phone in Kerridge’s pocket, so he did not miss the opportunity to take a couple of shots with an unexpected guest.

Stick insect as its name suggests, the stick insect resembles the twigs among which it lives, providing it with one of the most efficient natural camouflages on Earth.

Stick insect species, often called walking sticks, range in size from the tiny, half-inch-long Timema cristinae of North America, to the formidable 13-inch-long Phobaeticus kirbyi of Borneo. This giant measures over 21 inches with its legs outstretched, making it one of the world’s longest insects.