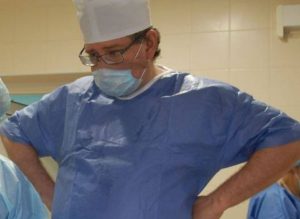 An unnamed 13-year-old Moscow resident recently groped a strange seal in one of his testicles. It did not hurt, but it was noticeably stood out under the skin.

When the boy’s parents brought him to the district hospital, the doctor suspected testicular cancer and immediately sent the child to the city’s Center for the Reproductive Health of Children and Adolescents.

There conducted a full examination and found in the testicle something similar in shape and structure to a stone in the kidney.

They began to prepare the boy for an urgent operation under the personal guidance of the head of the Center, Dmitry Igorevich Tarusin. And when the surgeon opened the testicle, he found a large white tooth in it.

This turned out to be the 7th tooth of the lower jaw, which was absent in the mouth of the young patient.

In dentistry, there are cases when the teeth grew in the lungs and other parts of the body, but this testicle case is unique.

Now the boy has already recovered after this operation. Doctors at Morozov Hospital hope that this incident will not affect his reproductive health.