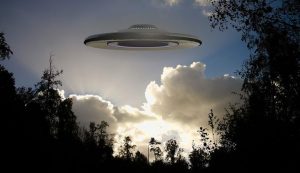 Pedro Ramirez, a popular Mexican ufologist, shared with his followers on the YouTube site an unusual video taken on March 20 of this year by one of his fellow countrymen.

The author of the video wanted to keep his name and the place of the incident a secret, however, he thought that the footage he received should certainly be seen by the Internet users, especially those interested in ufology and various world anomalies.

The video shows a bizarre object, rapidly flying from the surface of the earth into the cloudy sky. The UFO gaining height has an oval shape and a dark coloring, and in the middle of its body something large and luminous is noticeable.

Despite the fact that the mysterious device was moving very quickly, it was recorded quite clearly on the recording. Many ufologists, including Ramirez himself, concluded that this is one of the most qualitative proofs of the existence of “flying saucers”.