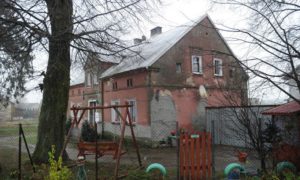 Back in 2017, the small town of Turza Wielka in the north of Poland was sent into shock when a poltergeist turned a family’s life upside down. So scared were the family that they eventually felt they had no other choice but to flee their home.

The troublesome activities started late in the evening on 23 November when some old batteries decamped from a shelf as if they somehow had a life of their own. Just this single event a poltergeist does not make, but things were about to take an extremely dramatic turn.

The Pokropski family was just one of 4 who lived in an old run-down tenement. The family of 6 Mrs. Krystyna, her husband Kazimierz, son Irek, daughter Martyna and the younger twins Adaś and Ewunia were crammed into a small attic apartment where they had been living for around 15 years.

With so many youngsters in the family life in the dilapidated home must have been very difficult at times, even before the poltergeist had begun to ply its dastardly trade, which caused the family to feel they had no other choice but to sleep together in one room.

Soon after the incident with the batteries things started to get really weird indeed, household objects suddenly started flying around the cramped apartment as if they had a life of their own.

Mrs Pokropski was quoted in the local press as saying: ‘I think it’s a curse. In our apartment, batteries, blocks, knives, forks, and padlocks fly spontaneously in the air. We are terrified’.

When asked by a local reporter what they thought the cause might be the family postulated that they thought a sofa they had recently purchased from a neighbor was in some way cursed, this may sound somewhat odd and to some even a touch naive, but many in Poland still hold superstitions as true.

Mrs. Pokropski told the reporter that ‘It all started when we bought a couch from our neighbors. On the first day, everything was fine.

The next evening, however, was when the initial incident of the flying batteries took place. My husband put them back in place and we went to sleep. However, we were awakened by a loud knock on the door’ When Mr. Pokropski went to answer the door the culprit was nowhere to be found (a common factor in many poltergeist cases). 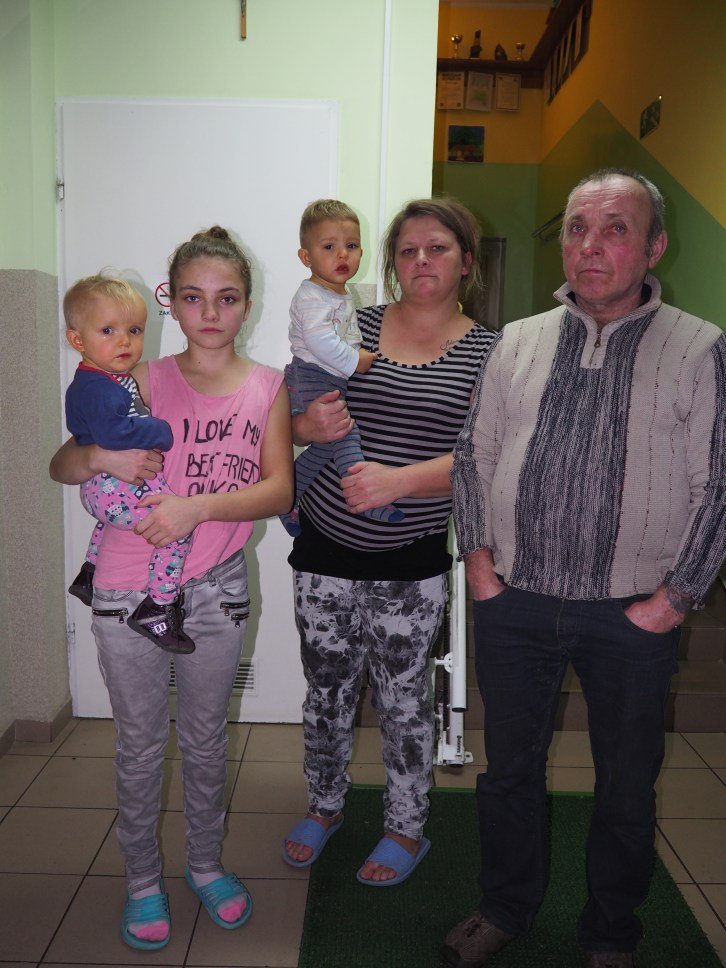 Mrs. Pokropski then went on to say: ‘When toys, blocks, coins and sharp tools such as knives and forks started flying around the apartment, we were terrified. The situation affected both us and our children, our twelve-year-old daughter has not been to school for a week’.

Those of you with an interest in poltergeist phenomena would probably have noted the age of the aforementioned girl as I am sure you will know there is often a girl around this age involved in cases such as this.

When word of the events spread to the rest of the village locals voiced their own opinions as to the cause of the disturbances to local news outlets. One theory that was proffered was the story of a Russian soldier who during the second world had brutally murdered a young girl in the property and the poor girl had somehow come back to the place where she was so sadly killed.

One villager who wished to remain anonymous suggested that it might have a connection with another little girl who lived in a nearby manor house, now abandoned, who became possessed after playing a game named “calling spirits”.

I’m not sure what the game entailed but I think it’s safe to assume that it involved some sort of spirit conjuration as the name suggests.

The details of exactly what happened are not many but the villager was quoted as saying that the events were so intense that the family like the Pokropski’s moved away but unlike the Pokropski’s they never returned, abandoning their manor house for good. Unfortunately dear reader I do not know the fate of the little girl.

Eventually, the family decided they needed some help to rid themselves of the unseen forces that had descended upon them. So they reached out to the local priest Father Mirosław Culepa who arrived at their home and together they celebrated a mass.

But as is the norm in cases such as these the ceremony only seemed to fuel the rage of the suspected poltergeist, with the activity failing to stop, in fact, activity only seemed to ramp up.

Father Culepa soon realised that his presence in the Pokropski household had not served to quiet the poltergeist with objects still animated and flying around the room and suggested that the family should leave the apartment, which they did, only returning after they had arranged a visit from an exorcist that they had been recommended to them by people in the village.

Upon arriving home the families troubles from which they had fled had unfortunately not ceased, with objects that are normally inanimate still moving and flying about as if carried by an invisible hand.

With one disturbing event occurring the night before exorcist Pastor Lesek Kozieniecki was due to arrive. A crucifix that was hung above the kitchen door had mysteriously turned upside down in a most satanic pose.

It was around this time that the stress got far too much for 12-year-old Martyna and she, unfortunately, had to have a short stay in hospital which is another common factor amongst those afflicted by poltergeist infestations.

Other chilling events that the family had to endure were glasses flying around and smashing, thankfully physically hurting no one. Knives were also observed flying around the apartment making the family fear for their lives.

It is worth noting that in the majority of poltergeist cases people are very rarely hurt by the objects that are hurled around and about it is as if there is some sort of unwritten law stopping the unseen hand from hurting its verified victims.

In another menacing incident, the family found on top of the closed toilet seat two knives positioned in such a way as to form a crude cross. 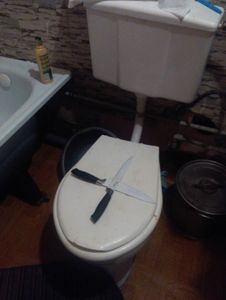 On his arrival exorcist Pastor Kozieniecki spoke with the family for around an hour reassuring them that he was experienced in cases such as these and had dealt with forces such as these before, although as a Protestant he did not actually use the title of exorcist but for all intents and purposes that’s what he was.

Amazingly for some reason the Protestant seemed to succeed where the Catholics had failed and as quick as that life once more returned to normal for the Pokropski family, the Polish poltergeist had been laid to rest.