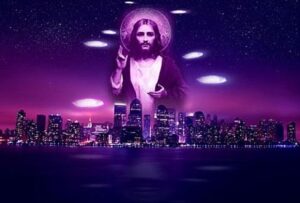 The Blue Beam Project is one of the most dangerous secret programs. It has the potential to spark a global war, making all of us wish it were only a fantasy. But is it?

It’s a known fact that religion rules our world. It always has and always will, due to humanity’s need to believe in a higher power. This kind of power is exactly what Blue Beam seeks to acquire, through the most mischievous of methods.

Making use of deception and mass manipulation techniques, Blue Beam would lay the foundations for a new world government supported by a unified, new age religion. Weird, right?

Those who first brought up the existence of this secret program have also given us a brief description of its targets. Project Blue Beam will have to go through four steps before completion:

1. The Breakdown of All Archaeological Knowledge

This first step involves the creation of artificial earthquakes in certain places in the world. These earthquakes will unearth previously undiscovered archaeological sites of great importance and the new discoveries will serve to discredit the existing religions.

By controlling the media, the New World Order will trick the world’s nations into believing they have misunderstood and misinterpreted their religious doctrines all along.

Conspiracy theorists claim there are a large number of archaeological sites hiding an even larger number of arcane mysteries. When (or if) the earthquakes reveal these mysteries, the world will be shaken and ready for Phase II.

Using technology that is being kept secret from the public, Project Blue Beam’s artisans will create a worldwide celestial show that mimics a global ‘Second Coming.’

Different holograms will be played in various zones, according to their predominant religious beliefs. 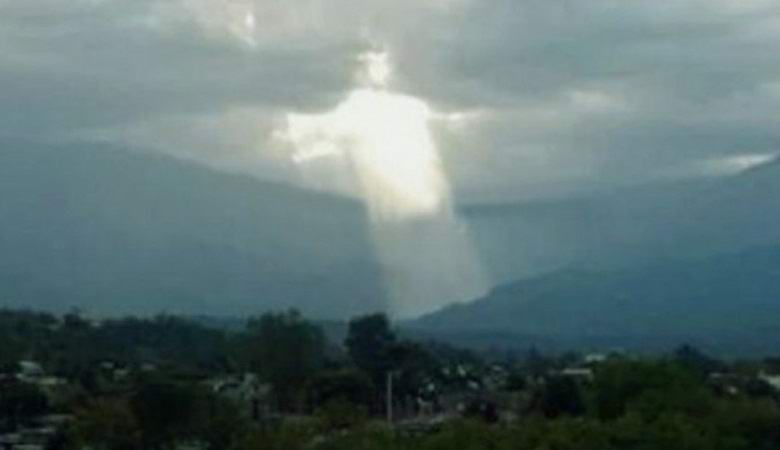 Prophetic in nature, these ‘visions’ will serve to further destabilize the situation until it escalates into a deadly global war. Investigative journalist and conspiracy theorist Serge Monast describes Blue Beam’s intentions:

“Naturally, this superbly staged falsification will result in dissolved social and religious disorder on a grand scale, each nation blaming the other for the deception, setting loose millions of programmed religious fanatics through demonic possession on a scale never witnessed before.”

Add this to the worldwide political anarchy and general panic caused by the global catastrophes and the road to destruction becomes obvious.

Drawing on previous mind control projects, this step will implement various telepathic manipulation methods. With the aid of low frequency (LF), very low frequency (VLF) and extra low frequency (ELF) waves, Blue Beam will bombard its victims and modify their behavior from the inside.

This technology has its origins in the mind control programs of the 1970s and 1980s and will probably be routed through an array of specially-designed satellites.

Recent experiments have shown that planting diffuse artificial thoughts into subjects’ minds is possible, yet the full extent of this possibility is unknown. To us, at least.

The fourth step will be the most extensive and its impact will be phenomenal. And with the wheels set in motion by the previous moves, it will be an easy one.

The holographic image generators will simulate well-organized alien invasions in all of the world’s major cities.

This false attack could force the ruling nations into using their nuclear arsenal, an intimidating prospect that could transform Earth into a wasteland. 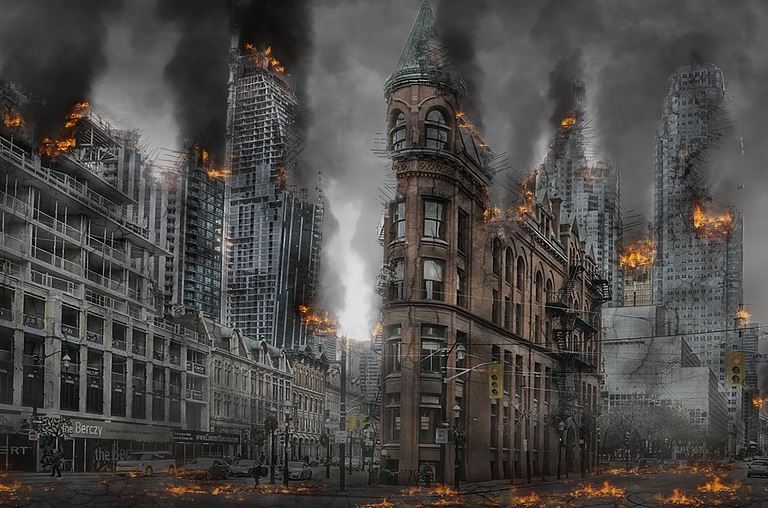 The same technology will be used to trick Christians into believing the Rapture is about to happen. A mixture of desperation and false hope will finally force humanity to accept the New World Order and its engineered religion.

A natural and justified reaction to the alleged existence of Project Blue Beam would be ‘Wow!’

Fortunately, there is little evidence that a program of this scope and magnitude can be achieved today or in the near future. Unfortunately, it draws on some of humanity’s justified fears.

As we all know, religious fanaticism is real and has caused countless deaths. Natural catastrophes and war have the ability to cause mass panic and manipulation is a real phenomenon.

But that doesn’t mean that Project Blue Beam can and will be implemented.