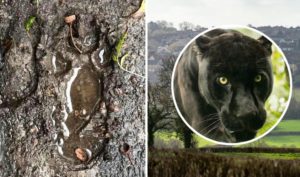 A mysterious print found in the mud in the countryside, near Thornbury, Gloucestershire, England. It partly resembles the footprint of a large cat, but it is very elongated and almost as long as a human foot.

The news about this find excited the local residents and they began to discuss what kind of strange animal it was. Most often it was assumed that this is the trail of one of those mysterious “big cats” that have been seen in the UK for half a century and that attack sheep.

The trail was discovered by the police after one of the local residents was walking here with his dog and saw an incomprehensible animal in the thickets, which he described as “a large hybrid of a jaguar and a cat.” This animal carefully followed him, as if waiting for the moment of attack. 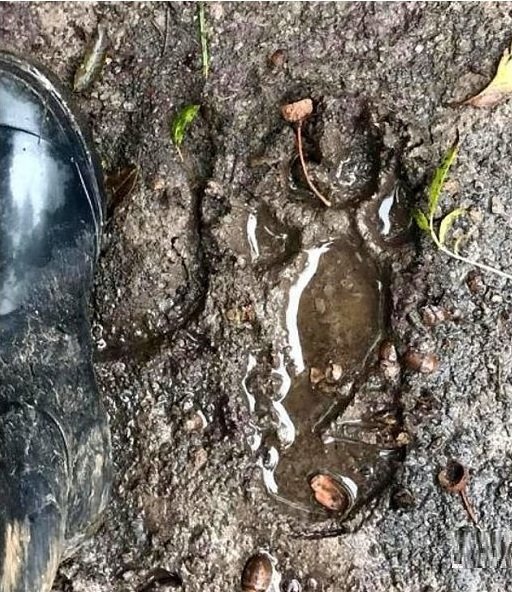 At the moment, no one has been able to determine which animal could belong to such a strange footprint, and therefore the police called several experts to study the footprint.

In June, Gloucestershire police were already investigating a big cat case after the remains of a sheep and lamb gnawed to the bone were found near the village of South Kearney. 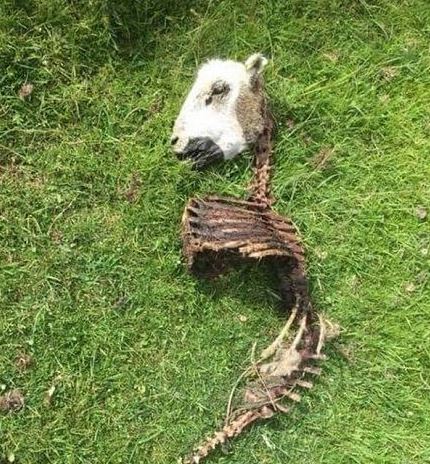 In British folklore, British big cats, also referred to as ABCs (Alien, or Anomalous, Big Cats), phantom cats and mystery cats, are reports and incidents of Felidae not native to Britain but supposed to inhabit the British countryside. These sightings are often reported as “panthers”, “pumas”, or “black cats”.

A fringe theory suggests that the animals may be surviving Ice Age fauna.