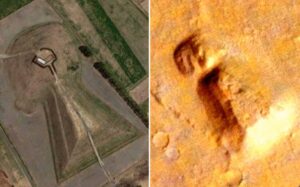 “Virtual archaeologists” believe that there is a “massive temple” on Mars that looks like an ancient Japanese tomb. According to them, this is confirmed by satellite images from the Red Planet.

Researchers are confident that there is a definite connection between the mysterious structure on the surface of Mars and the Japanese temple on Earth. The structure seen in satellite images of the Mars shows striking similarities to the ancient Japanese tomb of Kofun. 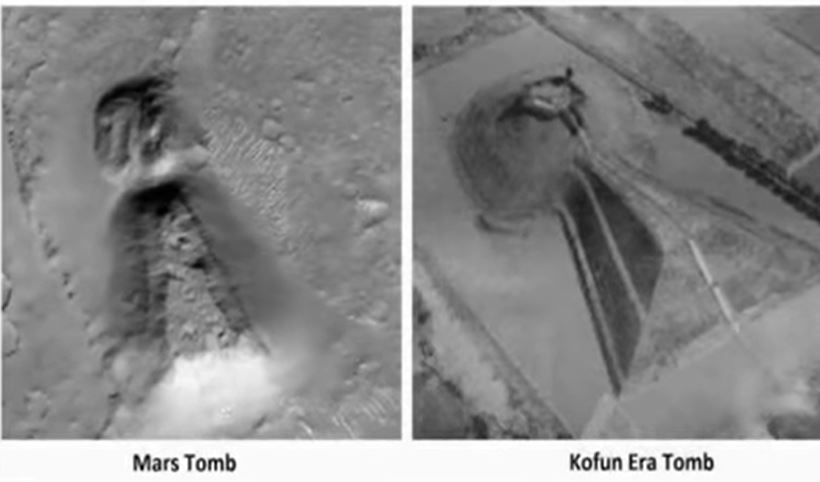 A large number of images of the mysterious structure suggest that this is not a pareidolic effect. This structure bears a striking resemblance to the burial complex in Japan. This leads some researchers to speculate that perhaps millions of years ago, an ancient civilization actually inhabited Mars.

There are various intriguing theories suggesting that in the distant past a catastrophic event unknown to us Destroyed the Martian civilization, forcing its surviving representatives to go to Earth and restore civilization on it.

Regarding the statement by virtual archaeologists, NASA explained that the straight edges of the structure are the result of cracks or a natural hill forming hard soil that has been eroded over billions of years.

Many researchers disagree with NASA scientists and believe that the structure identified on Mars, although it has survived millions of years of erosion, but its clear contours indicate that an ancient race most likely inhabited Mars.

According to scientist John Brandenburg , who has a doctorate in theoretical plasma physics from the University of California, the ancient Martian civilization existed on the Red Planet and was destroyed in the distant past.

“The similarities can’t go unnoticed, and we’re looking at the remains of a once mighty Martian civilization that most likely disappeared millions of years ago after a catastrophic event,” Dr. Brandenburg said.