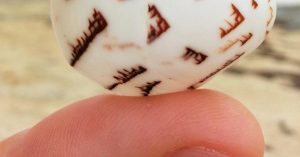 One of the users of the popular social network Reddit posted a snapshot of a strange stone on the site. According to the man, during his current vacation on the Japanese island of Okinawa, he found on one of the local beaches a small white pebble, strikingly different from other pebbles.

On the stone one can clearly see a multitude of dark-maroon drawings consisting of suspiciously flat lines, squares and triangles.

The author of the mysterious find says that this can not be some kind of crafts created by man. However, nature, as a tourist believes, could not “draw” such strange images and symbols on a stone. 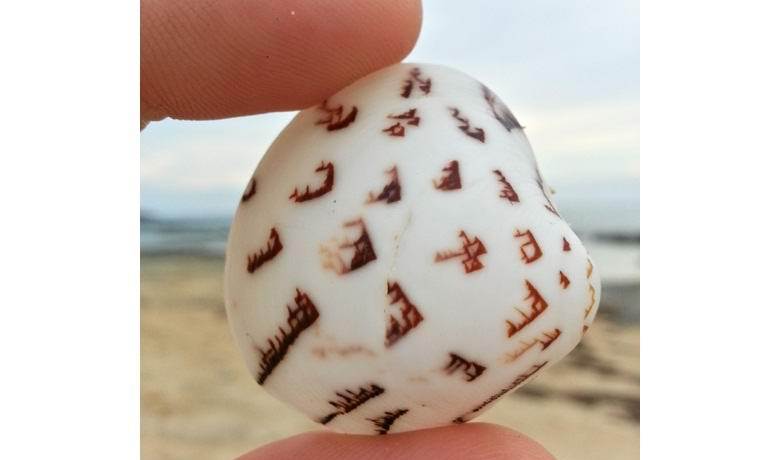 Many commentators, as expected, came to the conclusion that we are confronted with an artifact of alien origin, created by representatives of an extraterrestrial civilization.

Such users assume that some important information is encrypted in the symbols, or they give the stone anomalous properties and serve for certain manipulations with, say, human consciousness.

However, this may well be a “fragment” of a past civilization, perhaps even more developed than we suppose. Proponents of this theory advise men to turn to experienced archaeologists and independent historians who will help him determine what is this – the most valuable artifact or just a joke of nature.