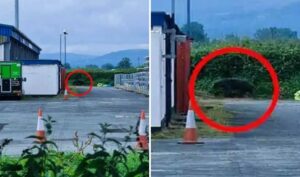 In the British city of Chester, near a football stadium, a local resident named Matty Rogers saw and managed to photograph an unidentified large black animal.

This happened in the early morning of Tuesday July 20, 2021, as Rogers was returning from the night shift and walking past the stadium.

He noticed something black and massive next to the fence of the construction site. Then the creature stirred and moved to the side, hiding behind the structure. 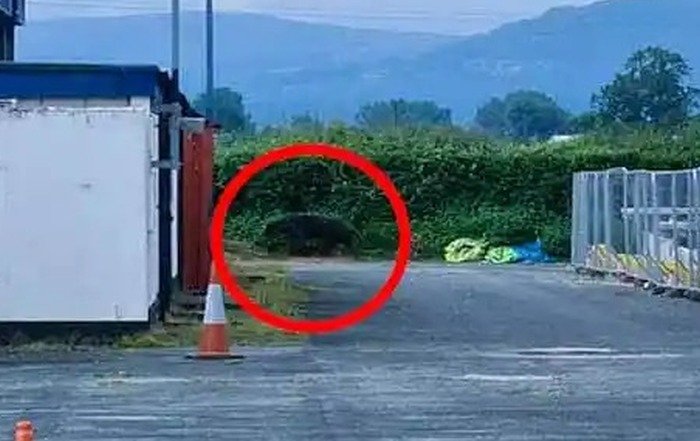 Within seconds, Rogers pulled out his phone and took a picture. Judging by its comparative size, the creature is obviously larger than any ordinary dog, and although it was photographed from afar and only a fuzzy outline can be seen in the photo, many say that it looks like a giant panther.

“Passing the football field, I saw something big, hiding behind a construction site, at the far end, near the fields. I watched from the road for 20-30 seconds, until the beast appeared and looked like a big cat. Too big to be something like a dog or a fox, and of the wrong color, he was jet black like a puma. ”

“He was sneaking around like he was watching something from the stand, moving slowly but with movement that was undoubtedly a feline.”

“It was in the open air between the construction site and the booth for about 5 or 10 seconds, but I’m sure what I saw. I was tempted to run across the parking lot and see if I could spot this animal again, but I thought it is better to keep going home, as the beast was massive,” says Mattie Rogers.

By the way, just a few days before Matty’s photo, another very large brown cat was seen on the other side of Chester. Chester is generally a hotspot for big cat sightings, with several such sightings occurring over the past year. 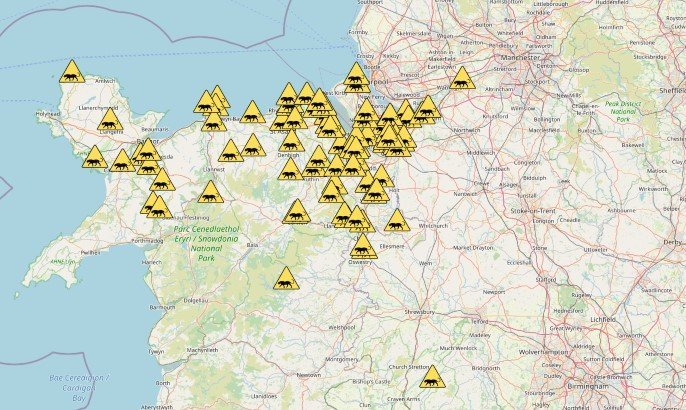 Map showing the sightings of big cats in the UK in recent years. Most of the observations take place in the northwest of England.

British big cats, also referred to as ABCs (Alien, or Anomalous, Big Cats), phantom cats and mystery cats, feature in reported sightings of large Felidae in the British countryside. These creatures have been described as “panthers”, “pumas” or “black cats”.

A fringe theory suggests that the animals may be surviving Ice Age fauna where leopards, scimitar-toothed cats, lions, and lynxs had been found in British Isles.