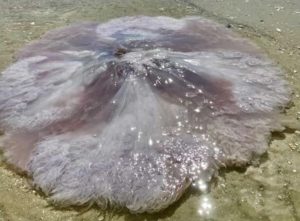 Anatoly Smirnov encountered a huge jellyfish near Naples, Florida, reports winknews.com. The man even joked that he was so surprised by this encounter that he thought that such a jellyfish could easily swallow him.

The creature, which stretched four feet across the sand, was seen along the shore of Vanderbilt Beach.

Smirnov said he’s seen plenty of sea creatures and critters on the beach, but this was the first time he spotted a jellyfish that large. 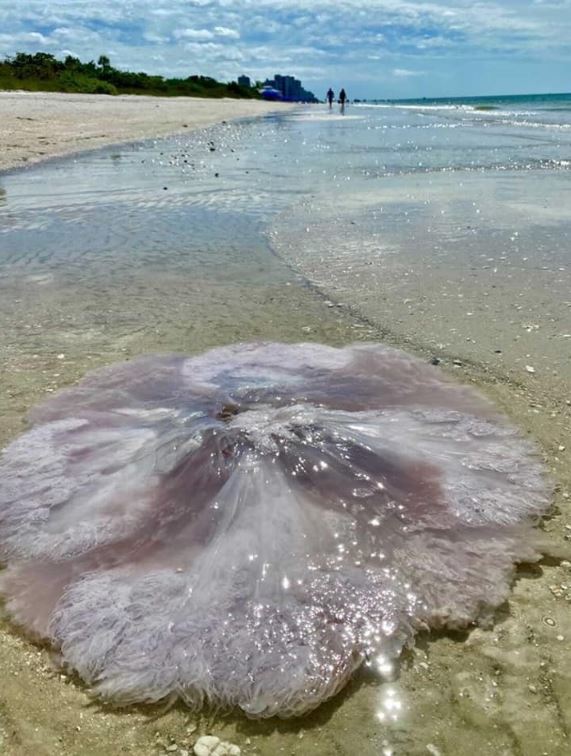 The jelly, which was pink and white in color, did not appear to sting or harm Smirnov.

He did say, however, that it was a “fascinating find.”

People who frequent the beach wanted to know if they should worry about being stung.

Marine biologist James Douglass noted in an interview with WINK News that the photo includes a harmless and very rare jellyfish species Drymonema larsoni. It is very large, and tentacles on a specific type of jellyfish can extend around 70 feet. They call it the “Pink Meanie’ but scientists say it’s a rare find.